Zhe Sun is co-director of China Initiative and senior research fellow at the school of international and public affairs of Columbia University. Previously, he was Director of the Center for US-China Relations and Professor in the Department of International Relations at Tsinghua University, where he worked on a paper on Obama’s strategy for global development and its implications for China, as well as on a manuscript on democracy and US-China relations.

Prior to that, Professor Sun served as a Deputy Director and Professor of the Center for American Studies at Fudan University between 2000 and 2007. He has also taught at the East Asian Institute, Columbia University and Ramapo College, New Jersey, and has previously served as the spokesperson for the Boao Forum for Asia in 2002.

Professor Sun serves as a senior consultant to the US-China Strategic & Economic Dialogue, a senior policy adviser to the Office of Taiwan Affairs of the State Council, a board member of the Chinese People’s Institute of Foreign Affairs and the US-China Peoples’ Friendship Association, and an independent director of CitiGroup (China) Ltd, and MGM (China) Ltd. Sun is also an adjunct research fellow at the Center for Study of Cross Strait Relations in the Taiwan Affairs Office of the State Council.

He is the author and editor of 18 books on comparative politics and U.S.-China relations, including “The Rise and Expansion: American Domestic Politics and China-US Relations” (2004). His most recent books include “American Studies in China: 1979-2006” (2007) and “Congressional Politics and American Trade Policy towards China” (2008).

Professor Sun has lectured widely in both China and in the United States and has appeared often as an expert commentator on CCTV, Shanghai TV, CNN, VOA, the Chinesenewsnet, Jianfang Daily, among others. He has received several academic rewards since 2000. He is now a Shanghai Shuguang (Dawn) Scholar and receives Special Government Subsidies by the State Council.

Book Zhe Sun as keynote speaker at your next event or conference. 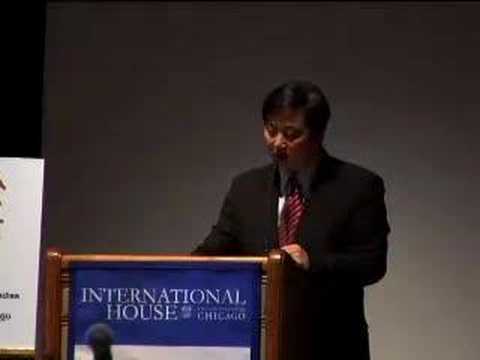