Vivek Wadhwa: "Facebook’s moonshot is a wise move in a time of radical change"

Vivek Wadhwa, Director of Research at the Center for Entrepreneurship and Research Commercialization at the Pratt School of Engineering, has written a new Washington Post column, commenting on Facebook’s acquisition of Oculus for $2 billion.

In September 2013, Vivek wrote that Facebook could have the same fate as AOL or MySpace because it wasn’t keeping up with technology changes. However, Vivek says that in recent months Facebook has taken the proper approach, acting as if it’s doomed unless it reinvents itself. He adds that “companies need to experiment with “moonshots” such as these if they are to survive in today’s era of exponentially advancing technologies—when innovations come out of nowhere and disrupt entire industries.”

Clearly Facebook overpaid, according to Vivek, but it is using monopoly money – its inflated stock price (there is an extra digit in the prices of both companies). As such, Vivek believes that the acquisition makes sense. 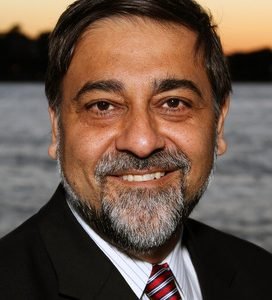