Yanis Varoufakis is currently one of the world’s most sought after keynote speakers on global finance.  He is best known for serving as the Minister of Finance for Greece in 2015.

From 2004-06, Varoufakis served as economic advisor to George Papandreou, then Leader of the Opposition during 2004-06. In 2012 Varoufakis became Economist-in-Residence at Valve Corporation. He researched the virtual economy on the Steam digital delivery platform, specifically looking at exchange rates and trade deficits. From 2013-14 he taught at the Lyndon B. Johnson School of Public Affairs at the University of Texas at Austin as a visiting professor.

On 25 January 2015, Yanis Varoufakis was appointed finance minister by Prime Minister Alexis Tsipras after the election victory of Syriza in the parliamentary election. Varoufakis resigned as Finance Minister on 6 July 2015. 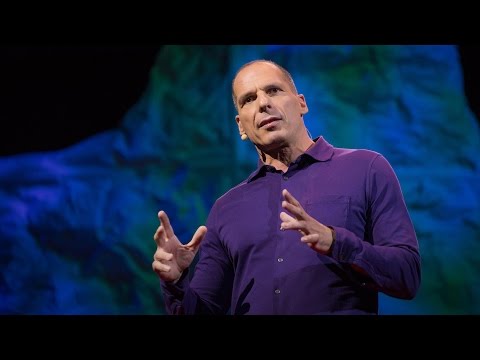 Capitalism will eat democracy -- unless we speak up

Interested in booking Yanis Varoufakis to speak at an event? Please provide your details and we’ll get in touch within 24 hours.