William Shatner is a Hollywood legend. In his illustrious career, he has been honoured with two Emmy’s, a Golden Globe, and a Saturn award. William is a cultural icon of the highest order.  As the New York Daily News put it: “it’s now William Shatner’s universe. We’re just living in it.”

William has collaborated in recording a number albums, has written numerous novels and, most recently, a memoir: “Up Till Now: The Autobiography” (St. Martin’s Griffin, 2008), which quickly became a New York Times best-seller.

A native of Montreal, William began his career as a theatre actor in Canada. Among his many roles since, William played Captain Kirk of the USS Enterprise on Star Trek from 1966 to 1969 and in seven Star Trek movies. He also played Police Sergeant T.J Hooker, from 1982 to 1986, and has worked as a musician, producer, director, and celebrity pitchman, recently for Priceline.com. He continues to delight audiences with his role as Denny Crane in the hit show Boston Legal. 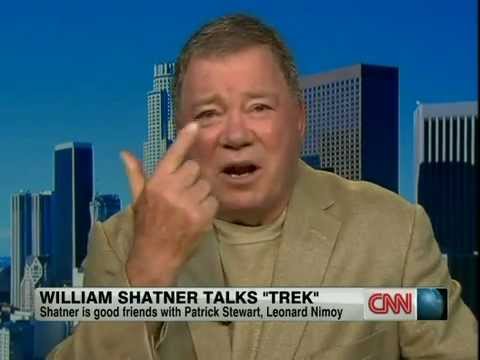 Interested in booking William Shatner to speak at an event? Please provide your details and we’ll get in touch within 24 hours.