Will Hutton is the Principal of Hertford College, Oxford University. He is also the Chair of the Big Innovation Centre at The Work Foundation – the most influential voice on work, employment and organisation issues in the UK. Regularly called on to advise senior political and business figures and comment in the national and international media, Will is today one of the pre-eminent economics commentators in the country.

He began his career in the City, as a stockbroker and investment analyst, before moving to the BBC, where he worked both on radio, as a producer and reporter, and on TV as economics correspondent for Newsnight. Prior to joining The Work Foundation, Will spent four years as Editor-in-Chief of the Observer, for which he continues to write a weekly column. He also regularly contributes to the Guardian and the Financial Times.

Will’s best-known book is probably The State We’re In (Vintage, 1996), which was seen at the time as setting the scene for the Blair revolution. His latest book, Them and Us: Changing Britain – Why we need a fair society, was published in 2010 by Little, Brown.

Will is a governor of the London School of Economics, a member of the Scott Trust board, and a fellow of the Sunningdale Institute. In 2011 Will led the Public Sector Fair Pay Review. In 2012 he chaired the Commission on Ownership, which examined the importance of corporate ownership and to what extent it matters.

Currently, Will Hutton is Chair of the Independent Commission on Fees, investigating the impact on student fees on University applications and acceptances.

Videos of Will Hutton 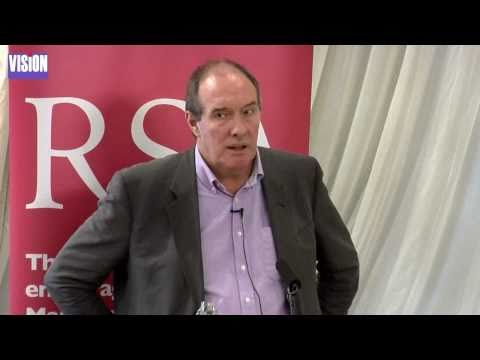 On the results of the interim report of his Inquiry (2010)