Will Allen is an urban farmer who is transforming the cultivation, production, and delivery of healthy foods to under-served urban populations.

After a brief career in professional basketball and a number of years in corporate marketing at Procter & Gamble, Will Allen returned to his roots as a farmer, using his retirement package to purchase a plot of inner-city land with greenhouses, where he has built the country’s pre-eminent urban farm. He is now the CEO of Growing Power, an organisation that develops community food systems.

In 2008, Will was named a John D. and Katherine T. MacArthur “Genius Grant” Foundation Fellow. He is only the second farmer to have ever received this award. He is also a member of the Clinton Global Initiative, and in February 2010, Will was invited to the White House to join First Lady Michelle Obama in launching “Let’s Move!” – her signature leadership program to reverse the epidemic of childhood obesity in America. In May 2010, Time magazine named Will one the “World’s 100 Most Influential People.” In 2011, Will was named one of the “World’s 7 Most Influential Foodies” by Michael Pollan and Forbes Magazine. He was also named the 2012 NCAA Theodore Roosevelt Award recipient.

Will is the co-author, with Charles Wilson, of the book “The Good Food Revolution: Growing Healthy Food, People and Communities” (2013). The book was nominated for a 2013 NAACP Image Award in the category of biography/autobiography.

Videos of Will Allen 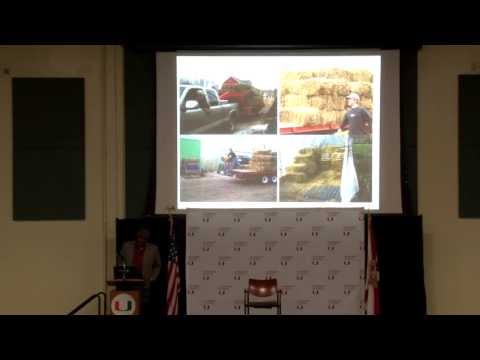 Will Allen at University of Miami: Growing the Good Food Revolution (2013)