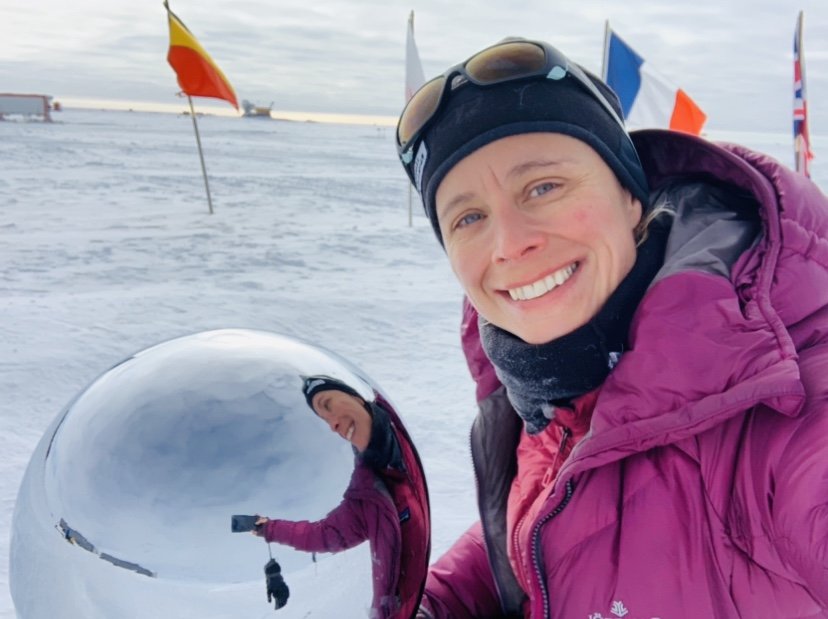 Wendy Searle had a relatively ordinary existence until 2015. A keen runner and skydiver, she had four children and a full-time office job. After meeting a team going on expedition to Antarctica, Wendy began to wonder if someone with no experience, no time, and no money, could successfully complete a Polar expedition. It was an almost impossible challenge. But Wendy set herself the biggest goal of all; a solo, unsupported journey from the coastline of Antarctica to the geographic South Pole.

Her story is one of the highs and lows of training with the dedication of an Olympic athlete, raising tens of thousands of pounds to fund the trip, and juggling the commitments of everyday life. A full, unsupported crossing of Greenland was completed, kit borrowed, and extreme medicine courses completed. Wendy also trained in the unforgiving environments of Iceland and Norway; learning how to survive in temperatures of -30 and below.

Throughout the endeavour, Wendy gave talks to schools, companies and charities, with the aim of inspiring others – especially women and girls – to achieve long-term goals and set themselves bold challenges. Time and again, she heard ‘oh, I could never do that,’ but she was determined to prove that someone ordinary could do something extraordinary.

In January 2020, Wendy became only the seventh Woman in history to ski solo unsupported from Hercules Inlet to the South Pole. She hopes many more will come after her.

She has raised funds and awareness for ABF The Soldiers’ Charity and the Youth Adventure Trust, and has worked with psychologists and cold-weather experts to advance both domestic and expedition medical science.

She is currently a full-time speechwriter for the head of the British Army and guides Polar expeditions for Shackleton London.

Wendy is relatable and honest about the self-doubts we all have when faced with challenging times. Often being described as ‘inspirational’, she offers insight into how to cope in the most difficult of situations, how to build mental resilience, and offers life lessons from the edge of existence.

Interested in booking Wendy Searle to speak at an event? Please provide your details and we’ll get in touch within 24 hours.