Wally Lamb is the author of six New York Times best-selling novels: “I’ll Take You There“(2017), “We Are Water“(2014), “Wishin’ and Hopin’”(2010), “The Hour I First Believed“(2009), “I Know This Much is True“(2008), and “She’s Come Undone” (1998), and was twice selected for Oprah’s Book Club. HBO is producing an eight-episode mini-series based on “I Know This Much is True”, starring Mark Ruffalo as twins from the novel, directed by Derek Cianfrance and developed by Ruffalo and Lamb. Lamb also edited “Couldn’t Keep It to Myself,” and “I’ll Fly Away,” two volumes of essays from students in his writing workshop at York Correctional Institution, a women’s prison in Connecticut, where he has been a volunteer facilitator for the past 17 years. His work there was the focus of a 2004 segment on CBS-TV’s Sixty Minutes.

Honors for Wally Lamb include a National Endowment for the Arts grant, the Connecticut Center for the Book’s Lifetime Achievement Award, the Connecticut Bar Association’s Distinguished Public Service Award, the Barnes and Noble “Writers for Writers” Award, the Connecticut Governor’s Arts Award, The National Institute of Business/Apple Computers “Thanks To Teachers” award, and the 2010 Arts and Letters award from the YMCA of New York City. Lamb has received Distinguished Alumni awards from Vermont College and the University of Connecticut. He was the 1999 recipient of the New England Book Award for fiction. “I Know This Much Is True” won the Friends of the Library USA Readers’ Choice Award for best novel of 1998, the result of a national poll, and the Kenneth Johnson Memorial Book Award, which honored the novel’s contribution to the anti-stigmatization of mental illness. “She’s Come Undone” was a 1992 “Top Ten” Book of the Year selection in People magazine and a finalist for the Los Angeles Times Book Award for Best First Novel of 1992. “I’ll Fly Away” was a 2008 Connecticut Book Award Winner for non-fiction.

Wally Lamb is a Connecticut native who holds Bachelors and Masters Degrees in teaching from the University of Connecticut and a Master of Fine Arts in Writing Degree from Vermont College. Lamb was in the ninth year of his twenty-five year career as a high school English teacher at his alma mater, the Norwich Free Academy, when he began to write fiction in 1981. He was also an Associate Professor at the University of Connecticut, where he directed the English Department’s creative writing program.

A sought-after keynote speaker, Wally Lamb has spoken at universities and colleges, libraries, arts and lecture venues, and literary festivals across the country. He also appears frequently with his poet and performer son Justin Lamb, a member of the 2013 National Poetry Slam Champion Team Slam New Orleans (Team SNO!). 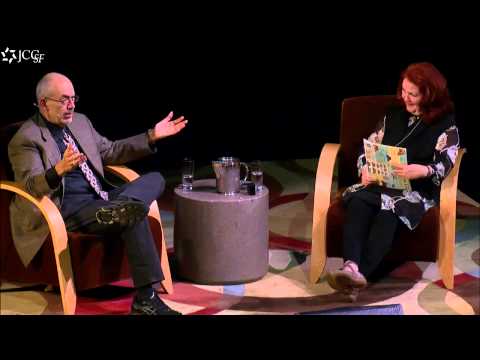 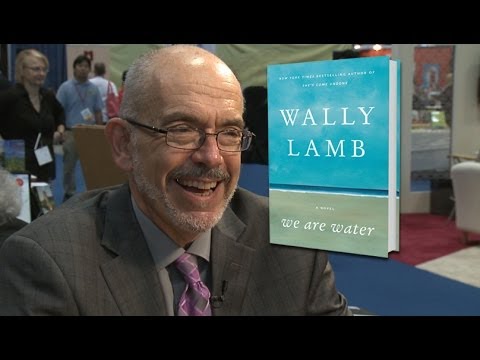 Wally Lamb Discusses His Novel, We Are Water