Professor Vincent Walsh is a leading cognitive neuroscientist who speaks widely on the real-life applications of neuroscience. His goal is to apply his knowledge of brain development and learning to promote creativity, improve expert performers (sport, music, motor skills), and educate non-science groups to understand and use the findings of brain science.

Vin is currently a Professor of Human Brain Research and a Royal Society Industry Research Fellow at the Institute of Cognitive Neuroscience, University College London. He works with sporting and business elites, including Olympic squads, to improve training, develop strategies for decision making and skill delivery under pressure. He has also worked extensively with artists and takes a special interest in public engagement projects, organising them with the British Library, The Royal Academy of Music and The Royal Society and appearing at major public festivals including Cheltenham Science. In his work with business, his clients include Google, BP, BBC, British Airways and GSK. In the sports world his clients include The Royal Yachting Association, England Rugby, and Team GB for Canoeing, Sailing, Boxing, Gymnastics and Fencing.

Vin has published over 300 scientific articles and several books, specialising in the how the brain achieves all the things we take for granted: How do we see? How do we remember? How do we learn? How do we read? How do we count? Why do we sleep?

His work is featured widely on a variety of media, including Radio 4 (Science Now), BBC1 (The One Show), and print media (eg. featured in New Scientist). He also engages widely with patient support groups, user-led neurological groups and professionals outside science who benefit from knowledge of current human brain science. As Vin puts it, “science is only complete when the non-scientist knows it or can use it.”

We sleep 37% of our lives it governs how well we do everything else: learn, diet, think, feel, interact with other…everything, If you’re not sleeping properly you’re not doing anything properly.

Cut through the new age fantasies about creativity and understand the process as something we can learn to get better at. I cover the brain, types of creativity, strategies  to improve it.

There is no such thing as a good “decision maker.” I offer a taxonomy, developed with elite sport, which shows that people have one of three different styles and that they respond to different pressures (physical, emotional, time, psychological) individually. “Decisions” are not a unitary thing, and “Pressure” is not a unitary thing. This is important and useful for anyone making short or long term decisions or mentoring/training people to do so. 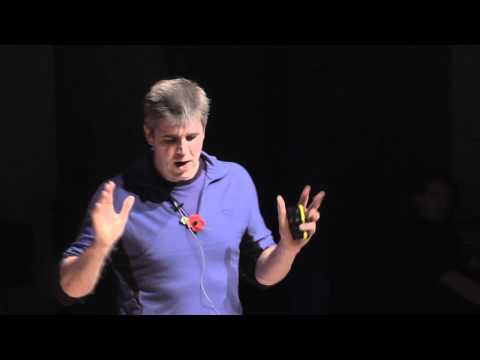