Unquestionably one of the greatest and most famous sportsmen of the modern era, Usain Bolt is a six-time gold medalist and the first person ever to win back-to-back Olympic golds at 100m, 200m and 4x100m.  Usain Bolt is an occasional keynote speaker at conferences and is always well-received.

As a speaker Usain Bolt tells the story sports obsessive from a young age growing up in Jamaica. Usain Bolt showed promise early and by the age of 12 he was his school’s fastest runner over 100m. Despite focusing on cricket and football, the young Usain was spotted and then coached by former Olympic sprinter Pablo McNeil and NFL player Dwayne Jarrett and encouraged to follow athletics. Early success over 400m and 200m came in regional competitions and he went on to become one of a select group to be World Champions at youth, junior, and senior levels. He turned professional at the age of 18 becoming the first junior sprinter to run 200m in under 20 seconds.

Usain’s first Olympic experience was at Athens in 2004 but injury kept him from progressing beyond the heats. Clearly still a promising prospect American colleges offered him lucrative scholarships but he refused all offers preferring to remain at home in Jamaica with the environment and facilities that had served him well so far. Injuries plagued the seasons to follow and titles and records proved elusive until the 2007 World Championships where he took silver behind US sprinter Tyson Gay. An older, wiser Bolt became increasingly focused on the 100m and in a shock performance a year later, in only his fifth senior race over the distance, he took the world record and became the fastest man on Earth.

At the 2008 Beijing Olympics, Usain announced he would compete in both 100m and 200m competitions. After comfortable wins on the way to the final, he shattered his own world record in the 100m final, claiming gold and providing one of the great images of any games as he strode casually over the finish line. He wasn’t finished though and in the 200m final Usain not only won, but broke Michael Johnson’s world record.

Beijing saw Usain become a star both on and off the track. Few athletes have commanded the attention he did. Charismatic, articulate and naturally media friendly, he became internationally famous almost overnight and his ‘Lightning Bolt’ pose was copied world wide.

The weight of expectation didn’t appear to weigh heavy on the Bolt shoulders although his run up to London 2012 did not go smoothly with a false start and disqualification at the World Championships a second place in the Jamaican national trials. However, the Olympic stage proved his natural home, courting the media, playing up to the attention and stealing the spotlight from almost all comers. He provided thrilling entertainment in both the 100m and 200m finals and played his part in a world record 4x100m final.

If you wish to book Usain Bolt please contact us here. 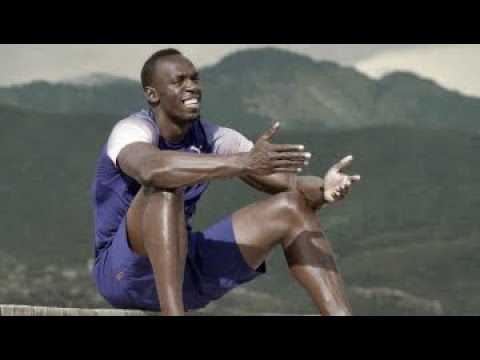