Tony Leon was Leader of the Opposition in the South African Parliament, where he represented the Democratic Party and the Democratic Alliance.  He is currently chairman of Resolve Communications and syndicated columnist for the Times Media Group.

Tony became leader of the Democratic Party in 1999, after holding a series of senior roles in the party. In particular, he was among the key negotiators of South Africa’s new constitution (1992-93). As leader of the Opposition in the South African Parliament, he developed a reputation as a thoughtful critic of the ruling ANC, challenging the government on its policies on poverty, unemployment, and its strategy for dealing with South Africa’s AIDS epidemic.

Tony’s political career began when he took up an organising role with the liberal, anti-apartheid Progressive Party. After qualifying as an attorney and working as lecturer in Law at the University of Witwatersrand, his first entry into parliamentary politics came in 1989, when he was elected an MP for the Democratic Party (the successor to the Progressive Party).

After his retirement from his role as leader of the Democratic Alliance, Tony was invited by President Jacob Zuma to take up the position of Ambassador to Argentina. Tony served in this position with great distinction until his retirement from the role in 2012. HTony’s autobiography “On the Contrary” (2009) received critical acclaim and a number of prestigious awards, including the Recht Malan Prize (2009). He is also the author of “Opposite Mandela: Encounters with South Africa’s Icon” (2014), a book of unique insight into an unexplored aspect of the presidency and leadership of Nelson Mandela.

His most recent book is ‘Future Tense: Reflections on My Troubled Land’ published March 2021.  Of the book, Niall Ferguson said ‘Anyone who wants to understand South Africa today – a country so beautiful, yet so broken – simply has to read this book.’

Tony has held visiting fellowships at Harvard University (2007) and Cato Institute (2008), and has written for TIME Magazine and The Daily Telegraph. 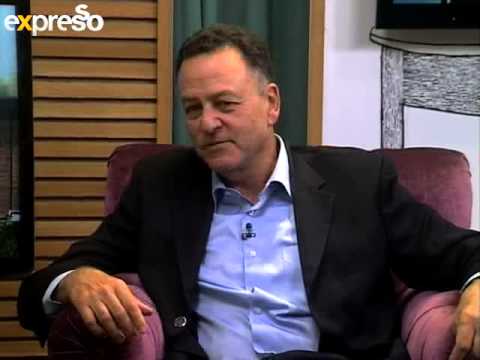