Tina Fordham is a leading global political analyst and trend-spotter, with over 20 years’ experience advising institutional investors and corporate boards about the implications of macro political and socio-economic developments.

She works independently so has no agenda other than to provide an holistic, data-driven approach which focuses on breaking down the complexity of geopolitics and providing actionable, forward-looking guidance. Current themes include populism, the return of geopolitical risk—including Russia-Ukraine and China-US/EU relations, the future of globalisation, and the “S” in ESG.

Experienced with presenting to demanding senior level audiences, she is known for her excellent call record and being brave about bucking conventional wisdom.   Her research and approach is analytically robust combined with a witty, engaging style. In her work, she addresses both the big existential questions (life after COVID-19 and the shape of the “new normal”; the future of globalisation and democracy) and the key political, security and trade themes and signposts that will move markets, such as elections, sanctions and conflict.

Tina is a contributor to Forbes magazine on business and geopolitics and is a frequent guest on Bloomberg, CNBC, CNN and the BBC.  She has spoken at Davos, the Milken Institute and at Fortune Most Powerful Women conferences and twice at the United Nations General Assembly. She has been named in the world’s Top 100 geopolitical experts, alongside Condoleezza Rice, listed five times in the Financial News “Top 100 Women in European Finance” and included in Harper’s Bazaar’s 150 Visionary Women in Britain, among many other accolades.

From 2020-2022, Tina was a partner and Head of Global Political Strategy at start-up political and legal advisory firm. Previously she was Citi’s Chief Global Political Analyst, the first and only person at a major financial institution to hold this role.  Fordham established political analysis alongside traditional asset class research and helped establish it as a crucial component of investor due diligence and asset allocation. Before Citi, Tina was Head of Global Political Risk at Eurasia Group, where she founded the firm’s financial markets research business. She has also served as a senior adviser in the UK Prime Minister’s Strategy Unit.  She now runs Fordham Global Foresight.

In 2016, Tina was appointed to the United Nations’ first High-Level Panel on Women’s Economic Empowerment, following her research on “Women as Global Growth Generators”. She sits on the advisory boards of the independent foreign policy think tank Carnegie Europe as well as Columbia University’s School of International and Public Affairs, where she earned her Master’s degree.

In 2020, Tina was appointed as a member of the International Advisory Board to the University of Cambridge’s Centre of Geopolitics.  This Board is comprised of 20 distinguished scholars and prominent practitioners, it will advise the Centre and champion its work.   Tina lives in London and is a dual US-UK national.

- Mapping the geopolitical consequences following from the Ukraine war, including upcoming elections, sanctions and diplomacy

- The growing intersection between geopolitics and ESG

-US Political Landscape - how the Biden administration is faring with the 2022 midterms in sight  - and what is next for Trump ? 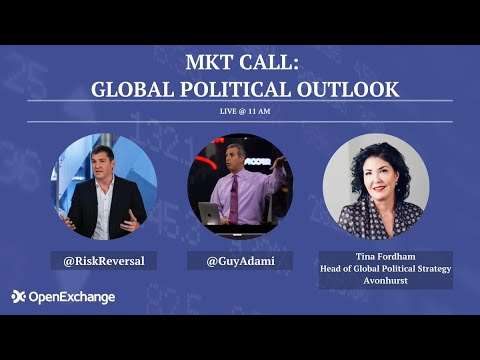 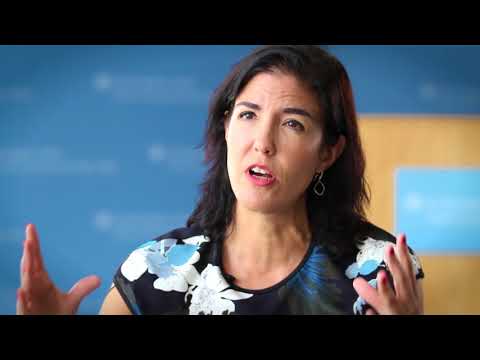 Trade implications of the coronavirus outbreak

Dangerous expectations - Don’t be mellow
Financial TImes
As long as Putin is in the Kremlin, global finance will not be able to work with Russia’
Financial News
Whether Russia Conquers Ukraine or Not, ‘We Are in a New Territory’
Barron's
Investors are blind to Putin’s monstrous chemical and bioweapons threat - featuring Tina Fordham
The Telegraph
Covid jabs are at the sharp end of political risk - Gillian Tett
Financial Times
Global political risk, sustainability and resilient portfolios
IPE
Markets are right to be nervous about the US election
Financial Times
If You Want To Be Fortunate, Be Brave
Forbes
Women in Business Q&A
Huff Post
Forty Over 40 - honorees
Forty Over 40
THE FOLD WOMAN: TINA FORDHAM
The Fold
Tina Fordham on Political Risk, future issues, and present troubles [Podcast]
London Politica Podcast

Your insightful and thought-provoking presentation on geopolitics played a significant role in the overall success of the event. We received lots of positive feedback – it was said to be one of the best speaker presentations on geopolitics that partners have heard in recent years.
Global Law Firm
Tina joined us as the keynote speaker for our Global Executive Conference and set the tone for the discussion with her insights on how geopolitics impact our businesses. Tina’s thought-provoking presentation and independent perspective was top-ranked by our senior executive team, and her concept of raising our “PQ”—political quotient—has continued to resonate across our internal dialogue.” -
Global Pharma Firm
Tina has made distinct, unique contributions to our understanding of both the intersection between geopolitics and Markets and the relationship between gender equality and economic performance"-,
Anne Richards CEO, Fidelity International
I have worked with Tina for more than 15 years; her analysis, judgment and insights have been invaluable to both our businesses and our clients in some of the toughest business environments we’ve ever witnessed. Her presentation style engages all audiences: she is a great communicator and people who meet her never leave without learning something new, thinking about an issue in a different way, or considering a path they had not considered previously. There is practically no market, geography, issue or theory she cannot address, so the Q&A sessions with her are always rewarding.
Jennifer Scardino Senior Executive Vice President; Head of Global Communications, Banco Santander
Tina was absolutely incredible and our clients were extremely impressed.
Major Law Firm, UK