Tim Harford OBE has been described by the New Statesman as ’perhaps the best popular economics writer in the world’. He is a behavioural economist, BBC radio and TV presenter and award-winning ‘Undercover Economist’ columnist for the Financial Times. Sometimes called ’Britain’s Malcolm Gladwell’, Tim Harford offers a distinctive blend of storytelling, humour and intelligence.

Tim is the host of several BBC Radio and podcast series, including More or Less, 50 Things That Made the Modern Economy, Pop Up Ideas and Trust Me, I’m an Economist.   More or Less offers a genial smackdown of dubious statistics.  The series was named “Best Radio News and Current Affairs programme” and has been commended by the Royal Statistical Society for excellence in journalism for five years running.   In 50 Things, Tim explores stories of the ideas and inventions all around us that have shaped how we live.  It ranked #1 on iTunes UK and was nominated for a Webby award.   Both podcasts were listed in the top 10 podcasts around the world by the Times of London.  During the Covid pandemic, Tim hosted How to Vaccinate the World which followed and examined the global race to create a vaccine.

He is the host of hit podcast series “Cautionary Tales”, produced by Pushkin Industries (Malcolm Gladwell, Jacob Weisberg) in which he shares true stories of awful mistakes, terrible human error and hilarious fiascos – it is must listening.

Tim has written nine books in all.  His next book is ‘The Data Detective, ten easy rules to make sense of statistics‘ (Feb 2022).   Other books include “How To Make The World Add Up: Ten Rules for Thinking Differently About Numbers” (2020) and “Fifty Things That Shaped the Modern Economy”.   His most successful book, “The Undercover Economist”, has sold 1.5 million copies in over 30 languages around the world.   His 2018 book, “Messy: How to be Creative and Resilient in a Tidy-minded World”, argues that we underrate improvisation, randomness, and vagueness — and overrate the scripted, the controlled and the quantified.  If we embraced a little more mess we’d get more done, and be more creative and resilient.   The book has many ideas from his 2016 TED Talk, How frustration can can make us more creative.

His writing and journalism has featured in several leading media publications including Forbes, WIRED, the Guardian, The New York Times, the Washington Post, and the Sunday Times, to name a few.  He regularly appears on radio and television programmes including Newsnight, PM, Today, The One Show, and the Colbert Report, among others.

Tim has won several prestigious awards for his writing and journalism. In 2020, he was awarded the Wincott Journalist of the Year,  the “Best Radio Contributor” by Voice of the Listener and Viewer and “Special Journalist of the Year” by British Press Awards. Previous awards include Science and Data Commentator of the Year (2018), Bastiat Prize for Economic Journalism (2016, 2006), the Royal Statistical Society prize for journalism (2015), Economics Commentator of the Year (2014) and Society for Business Economists writing prize (2014).

In 2019, Tim was awarded an OBE for outstanding “services to Improving Economic Understanding”.

Tim is a visiting fellow at Nuffield College, Oxford, and an honorary fellow of the Royal Statistical Society. He was the first Peter Martin Fellow at the Financial Times, sat on the editorial board for the Financial Times from 2006-09, and was a council member of the Royal Economic Society from 2011-17. He has previously worked for Shell and the World Bank.

He has given numerous invited lectures, including at the Royal Economic Society, Google, the Bank of England, PopTech, the Sydney Opera House and (twice) at TED. 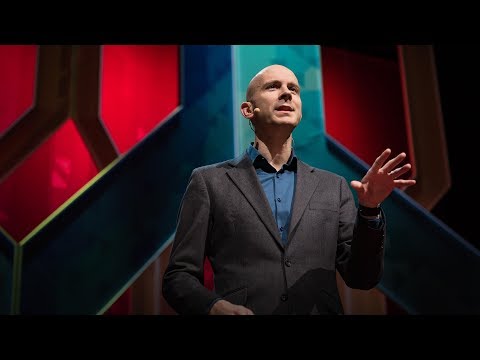 TED Talks | A powerful way to unleash your natural creativity

TED Global | How frustration can make us more creative 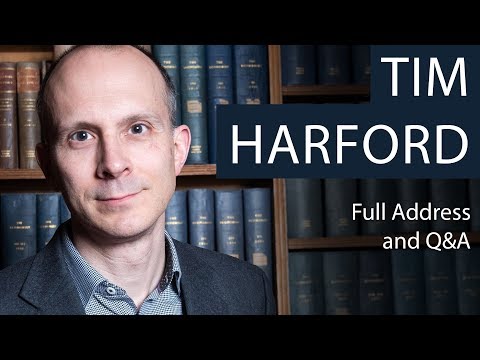 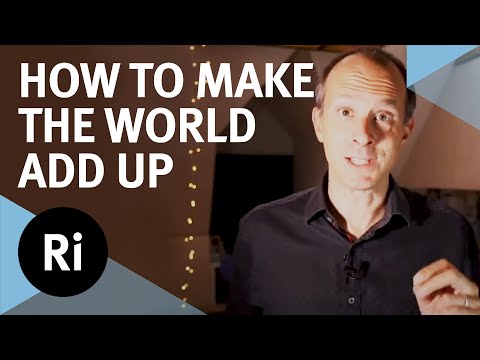 How to Make the World Add Up - with Tim Harford 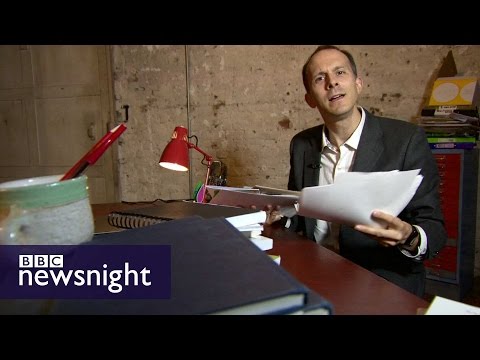 Tim Harford: Why being messy is good - BBC Newsnight How to Make the World Add Up: Ten Rules for Thinking Differently About Numbers

Messy: How to Be Creative and Resilient in a Tidy-Minded World

The Next Fifty Things that Made the Modern Economy

Fifty Things that Made the Modern Economy

The Logic Of Life: Uncovering the New Economics of Everything

The Undercover Economist Strikes Back: How to Run or Ruin an Economy

Interested in booking Tim Harford to speak at an event? Please provide your details and we’ll get in touch within 24 hours.