Theo Thomas is the London Waterkeeper. He founded the charity as a truly independent voice for London’s rivers and waterways.  He is a keynote speaker on a variety of topics within the area of sustainability, such as clean water, rivers and the environment, and shares stories from his campaign experiences.

Since then Theo has taken an US-style advocacy approach to campaigning, which uses existing laws to hold polluters to account. As a former broadcaster he understands how to develop and communicate campaigns that resonate with people.

Theo is a talented and inspirational orator – able to speak for any length of time without notes and keep audiences enthralled. He is a true expert with an incredible head for detail and can answer complex questions on the spot.

As well as Waterkeeper Alliance, Theo has been a keynote speaker at events for organisations including Patagonia, Surfers Against Sewage, Sudsdrain, Chalk Aquifer Alliance, Wandle Valley Forum, and Save Our Rivers.

Theo’s work with London Waterkeeper is gaining increasing prominence and has recently been featured in the Guardian, Financial Times, the Times, and ENDS Report. He is adept at social media, and tweets as @LDNWaterkeeper with an engaged and dedicated following.

Having grown up in rural Wales, Theo studied Politics at the University of Warwick, followed by a Postgraduate diploma in Broadcast Journalism, at the University of Central Lancashire. He then spent five years at BBC Radio Leicester and BBC East Midlands TV. He made the move to London twenty years ago to take a position at Keep Britain Tidy, before transferring to Thames21, where he spent 12 years as Senior Programme Manager. In 2014, he founded, and became CEO of London Waterkeeper. Theo is also the Waterkeeper Council member for the International Region.

Theo lives in Peckham, south London with his wife and two sons. He is passionate about the outdoors and nature – both urban and rural. He particularly enjoys wild swimming and river walks, and believes that our rivers should be clean and accessible to all.

Rivers, what they tell us about ourselves and where we are going.

How rewilding urban landscapes and repairing fractured watersheds is essential to keep our cities liveable in the 21st Century.

Citizen science is increasingly popular, and when deployed effectively it delivers better projects and greater long-term success. Used badly it obscures real need and lets polluters off the hook.

How urban 'rain gardens' can stop pollution going into our rivers.

Find out about the network of subterranean rivers beneath our feet.

How we can make a Thames fit to swim.

How we stop cities poisoning our rivers

The voice of the river; grassroots advocacy 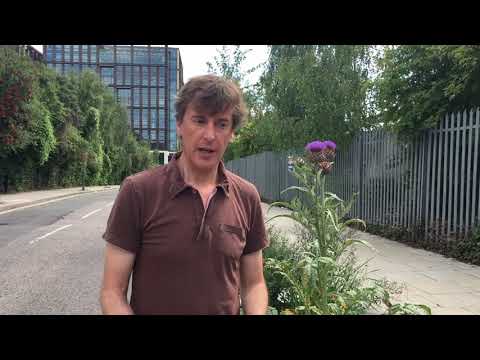 "Theo is an engaging and informed speaker who is able to add context to the problems many of us see and experiences with our river systems; empowering you with the tools needed to act on behalf of improving our rivers and open waters in London and across the UK. If anyone gets the chance to join one of Theo’s talks, please do as they are enlightening and enjoyable – highly recommended!"
Lisa Douglas Enviro & Marketing Manager UK/Ireland, Patagonia