When she was just 14 years old her best friend told her not to bother having singing lessons. Three years later, Tania ignored this advice and found herself in the star role in her school production of Oklahoma. This sparked her great musical interest and Tania’s recent TED Talk “How Singing Together Changes the Brain” garnered international acclaim. Tania is considered one of Australia’s most talented sopranos and released her first solo album “Heaven on Earth” in 2015. She will shortly release her new album “Flying Free”.

Tania is the founder of two charities. Creativity Australia works with a range of marginalised individuals (including migrants, those with disabilities and job seekers) and communities to build supportive networks through the acclaimed “With One Voice” choir social inclusion programs. Through the new Sing for Good project, Creativity Australia aims to get the whole world singing and raise funds to support disadvantaged people. In 2016, Creativity Australia received the Melbourne Award for Contribution to Community and has been named in Anthill’s Top 100 Smart Innovations every year since 2013. Tania also founded The Song Room which has provided access to creative learning and wellbeing for over 400,000 disadvantaged Australian children since 1999.

Tania’s awards include Ernst and Young’s Australian Social Entrepreneur of the Year, the “Outstanding Individual Contribution to Australian Culture” and a Churchill Fellowship. She was inducted into the Entrepreneurs Hall of Fame at Swinburne University and named Brainlink Woman of Achievement. Tania was named in the 2016 Impact 25 Awards. These awards honour the social sector’s most influential people for their significant and positive impact in Australia and around the world. In 2008, she was appointed a Member of the Order of Australia in 2008.

If you wish to book Tania de Jong please contact us here. 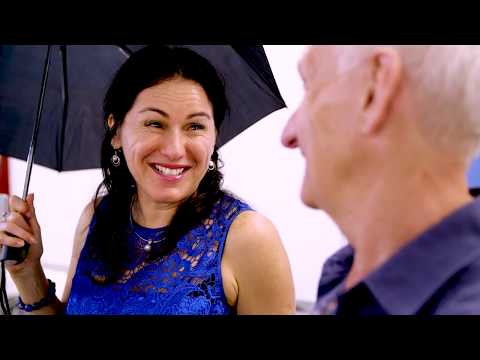 Tania was wonderful. She engaged with over 700 of our consultants in a powerful way and reinforced our own potential. The standing ovation was a testament to the way you moved us into a different headspace. Many people have mentioned it was the best session they have attended at a conference anywhere!
PWC