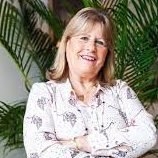 Suzanne Williams QPM is an experienced hostage negotiator who has worked on some of the most high profile and dangerous hostage situations across the world. This has required negotiating in war zones, on the high-seas with modern pirates, and on behalf of well-known families. She is a visiting lecturer at Harvard University and an Associate Fellow at the University of Oxford’s Said Business School. She is a highly engaging and insightful speaker with Chartwell Speakers.

Whilst a Scotland Yard detective she was the most senior ranking officer in charge of both the Kidnap and Hostage Negotiation Units. At the highest level, Suzanne Williams has been an active contributor to the UK Government’s crisis response in cases of the kidnap and abduction of UK citizens overseas. For her work here she received the Queen’s Police Medal in recognition of her commitment to the fields of kidnap, negotiation, and saving of life.

She has advised Ministers as part of the Cabinet Office Briefings (COBR) on negotiation strategies and suitable kidnap, highjacking and siege responses. Many of these cases have evolved in the media spotlight whilst others were resolved covertly. Each demanded careful and innovative negotiation plans, the use of intermediaries and good communication to all stakeholders including the perpetrators.

Whilst seconded to the FBI Sue became an accredited Hostage Negotiator in the USA, and has contributed to the successful resolution of hundreds of kidnaps and hostage situations on land and the high seas. This has included working on sea hijackings with modern pirates, as well as being deployed in war zones at crucial points to negotiate in very delicate high-risk situations. She has recently undertaken negotiations as a tactic for combating cyber extortion.

Due to her extensive expertise in these areas she is currently called upon to assist and advise many foreign governments, high profile families, organisations and companies experiencing crimes in action and critical incidents involving hostage-taking or extortion.

She is a well-known expert in the global security community and her specialist security advice is highly sought after. She is a visiting lecturer at Harvard University, working with the international aid sector developing crisis plans required for a proportionate and successful response.

Suzanne Williams is also an Associate Fellow at the University of Oxford’s Said Business School working on the Oxford Programme of Negotiation.

• Trust and Ethics in Negotiation