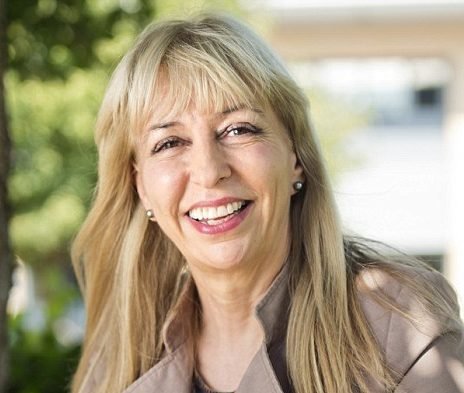 Susan Greenfield CBE is the Founder of biotech company Neuro-bio Ltd and British scientist known for her research on the treatment of Parkinson’s disease and Alzheimer’s disease. She is also an author, member of the House of Lords and a keynote speaker on science, medicine and female empowerment.

Susan has dedicated her career to researching and studying the brain mechanisms of Parkinson’s and Alzheimer’s diseases. She has published over 200 peer-reviewed papers and regularly appears on the TV and radio for her expertise on the subject. She was the first woman to give the Royal Institution Christmas Lectures for her talks entitled “Journey to the centre of the brain”. At Oxford University, she was Tutorial Fellow in Medicine at Lincoln College and Professor of Synaptic Pharmacology.

In 2013, she founded her own biotech organisation, Neuro-bio Ltd, which has helped to progress the understanding of tests and therapeutics for Alzheimer’s disease.

Susan has been widely recognised for her work and received many honours and awards throughout her career, including 32 honorary degrees, the Royal Society’s Michael Faraday Prize, the Australian Society for Medical Research Medal (2010) and the British Inspiration award for Science and Technology (2010). She was elected to Honorary Fellowship of the Royal College of Physicians, the London Science Museum and the British Science Association. In 2000, Susan was awarded a CBE for contributions to the public understanding of science and appointed a Chevalier of the French Legion d’Honneur.

Greenfield has been vocal in expressing her concerns on the impact of the internet and digital technology in modifying humans’ brain structures, particularly in young people. She argues that social networking and online gaming are causing lower-levels of wellbeing in young people and wider socio-emotional problems in society.

She has written two books; a non-fiction science book ‘Mind Change: How Digital Technologies are Leaving their Mark on our Brains’, which explores the impact of technology on individuals in society, and a science-fiction novel, entitled ‘2121: A Tale from the Next Century’.

Susan is the founder of charity Science for Humanity, which collaborates with non-profits across the world to provide support to struggling communities, and she is a patron of charities Alzheimer’s Research UK and Dignity in Dying.