Sumit Paul-Choudhury is a distinguished writer, thinker and entrepreneur in science and technology.   He is the founder of Alternity, a creative studio which explores alternative histories, social experiments and speculative futures.

Sumit was the Editor-in-Chief of New Scientist for several years, the world’s most popular science weekly and one of Europe’s best respected media brands. He also served as creative director of New Scientist Live, the UK’s most exciting festival of ideas and discovery. Trained as a physicist at Imperial College, he subsequently turned his hand to journalism, working in London and New York, and spent fifteen years writing about finance and technology before returning to science in 2008.

Sumit makes complex subjects comprehensible and relevant to any audience, from artificial intelligence to black holes to climate change, leaving his listeners fascinated and uplifted. He also speaks authoritatively on the future, and is skilled at explaining how innovation and discovery change the world. He combines personal insight with critical thinking to offer fresh perspectives on the biggest issues of today, from financial crises to social media – and informed pointers as to those that will matter tomorrow.

As comfortable with the worlds of business and culture as he is with science, Sumit has written for publications ranging from the Wall Street Journal to the New Musical Express and spoken at events ranging from Innovate 2015 to London Fashion Week. He is a former judge of the Samuel Johnson Prize for Non-Fiction and of the Royal Television Society Programme Awards. In 2012 he co-founded Arc, a critically acclaimed digital publication dedicated to literary explorations of the future. 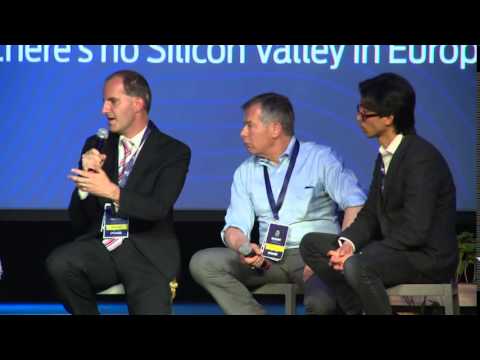 Roundtable: LAGGING BEHIND The reasons why there's no Silicon Valley in Europe