Emmy Award winning Steve Thomas has signed on with Planet Green to host Renovation Nation, which premiered June 4, 2008. He celebrated his final year as host of television’s most popular home improvement series, This Old House, during the 2002/2003 television series. Over the course of his 14 years as host, Steve became known as the “ultimate home enthusiast” and helped catapult This Old House to the top of PBS’s list of most-watched ongoing series of all time. He also contributed to the successful debut of Ask This Old House, the all-new series in which viewer questions are addressed on-air, as host during its first year. A much in demand speaker as well as a serial renovator, Steve also consults on residential building and renovation for clients all over the United States.

Steve was honored with a 1997-1998 Daytime Emmy Award and a total of nine nominations for “Outstanding Service Show Host,” Not surprisingly, Steve’s enthusiasm for fixing up old houses was influenced by his father, whom he described as a “true weekend warrior – fearless and always ready to take on any project.” Steve’s first project on his own was to renovate a run down 1920s residence in Olympia, Washington. He then continued working in the field in the Pacific Northwest until moving to Massachusetts in 1980.

THE LEGACY: In between projects, Steve’s yen for adventure, which he attributes to his late grandfather, a missionary in the Alaskan Arctic, inspired him to combine his love of fine woodworking with his passion for the sea and sailboats. In 1977, Steve worked as a carpenter on a 75-foot ketch being built in Antibes, France. Over the next few years, he logged many blue-water miles sailing a 43-foot wooden sloop from England to San Francisco via the Panama Canal, Galapagos, Marquesas and Hawaii.

In the early 1980s, Steve journeyed to the remote Micronesian island of Satawal to learn the ancient technique of star path navigation under the master navigator Mau Piailug. Steve’s research resulted in the critically acclaimed book The Last Navigator published in 1987. The next year Steve returned with a film crew to shoot a documentary of the same title for the PBS series Adventure. It was in 1989, in between research trips to the Alaskan Arctic for a second Adventure book and film, when Steve received a call from the Adventure series publicist, who also worked for This Old House. The show’s producers were conducting a national search for a new host, and the rest is history.

THE EXPERT: An “expert in demand” on television shows such as Oprah!, Today, CNN, Entertainment Tonight, and the CBS Early Show, Steve describes This Old House as “one of the best adventures of my life.” He has contributed to the Homeowner’s Manual, published by This Old House Books in 2000, and has authored the best-selling books This Old House Kitchens and This Old House Bathrooms, published by Little, Brown and Company in 1992 and 1993. His column for This Old House magazine, “House Calls with Steve” was tremendously popular with readers.

Steve hosted and co produced the Save Our History series on The History Channel.

Steve received his bachelor’s degree in philosophy from Evergreen State College in Olympia, Washington. Steve winters in Santa Fe, NM with his wife, Evy, and their two standard poodles, Emma and Marley. He spends summers on an island off mid-coast Maine in a green, energy-efficient cottage and barn, which he recently renovated. 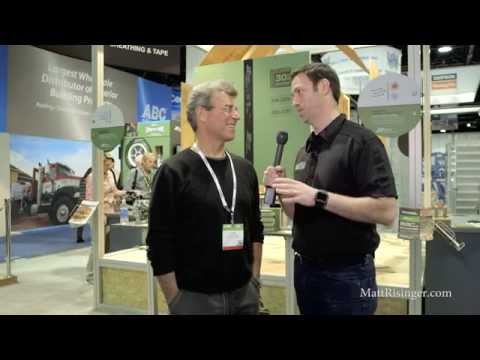 Interested in booking Steve Thomas to speak at an event? Please provide your details and we’ll get in touch within 24 hours.