Stephen Bayley is one of the world’s best known commentators on modern culture, art and design. With Sir Terence Conran he created the influential Boilerhouse Project in the Victoria & Albert Museum, Britain’s first permanent exhibition of design. This became London’s most successful exhibition space during the eighties and evolved into the influential Design Museum which Mrs Thatcher opened in 1989. He then became Chief Executive of the Design Museum in London, which grew out of the Boilerhouse Project.

Stephen is also a consultant working with designers, architects, consumer goods and manufacturing businesses at the highest level. These include Ford, Coca-Cola, BMW and Conran.

In 1997, Stephen was appointed as the creative director of the exhibition at the Millennium Dome in Greenwich but, after a series of high profile disputes with Peter Mandelson, he resigned in 1998 citing ministerial interference.

As a best-selling author, Stephen has written books such as Life’s a Pitch (Corgi, 2007), Liverpool: Shaping the City (RIBA Publishing, 2010), and more recently, Ugly: The Aesthetics Of Everything (Goodman Books, 2012). He contributes regularly to The Observer, The Daily Mail, The Times, The Spectator, The Los Angeles Times, High Life, New Statesman, and The Independent. Stephen is also a contributing editor of GQ and Management Today.

The Future of Corporations: The Schlock of the New (2013) 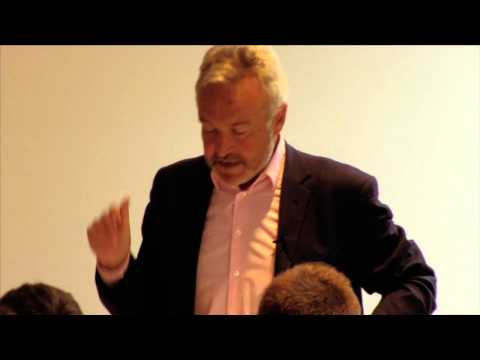 I don’t know anybody with more interesting observations about style, taste and contemporary design.
Tom Wolfe