Prof. Stefan Dercon is Professor of Economic Policy at the Blavatnik School of Government and the Economics Department of Oxford University. He is also Director of the Centre for the Study of African Economies, one of the world’s foremost academic research centres on African economies.

He combines his academic career with work as a policy advisor, providing strategic economic and development advice. Between 2011 and 2017, he was Chief Economist of the UK Department of International Development (DFID), the government department in charge of development policy and spending. Between 2020-2022, he was the Development Policy Advisor at the UK’s Foreign, Commonwealth and Development Office, working in the front office dealing with development challenges and crises with the Foreign Secretary.

His research interests concern what keeps some people and countries poor: the failures of markets, governments and politics, mainly in Africa and Asia, and how to achieve change.

Based on his academic research and policy experiences he wrote “Gambling on Development: why some countries win and others lose” (Hurst, 2022), dealing with success and failure across Asia and Africa, mixing political analysis with economics commentary. An expert in dealing with large scale natural disasters and how to respond to them, he also wrote with Daniel Clarke: “Dull Disasters: why planning ahead will make a difference” (Oxford University Press, 2016), bringing scientific, economic and finance insights for better responses to extreme events such as due to climate change.

Trained as an economist in Belgium, he holds a PhD from Oxford University. He held positions at different universities including University of Addis Ababa (Ethiopia), Louvain (Belgium) and Helsinki (UNU-WIDER, Finland) before re-joining the University of Oxford in 2000. In 2018, the Queen made him a Companion of St Michael and St George (CMG).

What holds some economies back?

So why is it that in recent decades countries like Indonesia, Bangladesh, China, Ghana and Ethiopia could take off, and why is it that Nigeria, Malawi or the Democratic Republic of Congo appear to miss the boat in terms of growth and development? A hard look at how politics and the economy interact in the 21st century.

What is China up to in the developing world?

The state of the developing world in 2022: Amazing progress but clouds ahead.

The last three decades were exceptional in progress in living standards in the world, driving by Asia’s success. China followed the tiger economies and India and Bangladesh followed suit a bit later. However, most populous sub-Saharan countries remain stuck. What happened and why? What is next? Post COVID, debt overhang and geopolitical change further progress will be challenging, but it is not too late.

Growth and development in emerging and developing economies in the age of geopolitics and climate change.

Only when it is over, we realize how good we have had it. The first two decades of the 21st century were exceptionally benign and even if some failed to take advantage, many countries rode the wave. The coming decade will be far tougher, and especially geopolitics presents real risks, even though also advantages. Firms and governments in developing and emerging economies need to understand these geopolitical trends and what they will mean for them.

How to use economics, finance and science to respond better to natural disasters in the face of climate change?

Emotive, political, late and insufficient: that seems the verdict on national and global responses to climate and other natural disasters. Can science, economics and finance help to reset how responses are organized?

How to be an (honest) policy advisor in political environments?

My best (and somewhat tongue-in-cheek) take on how to survive ten years as a civil servant, and learn to succeed in influencing senior mandarins and top politicians. My best tips for bringing scientific insight and reason in decision making. 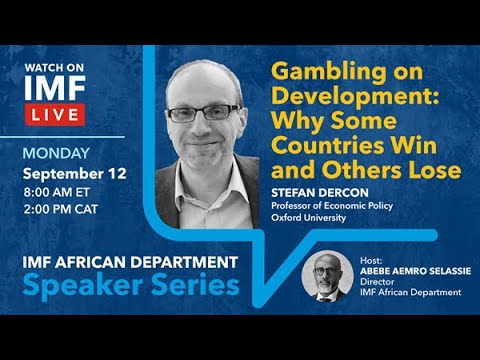 Gambling on Development: Why Some Countries Win and Others Lose 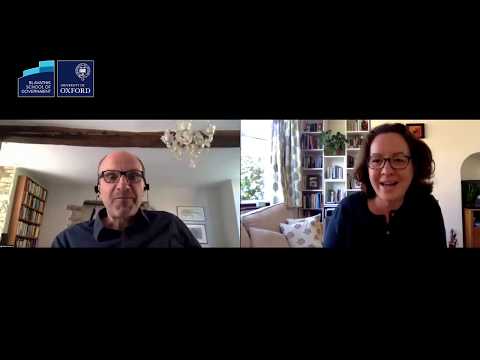 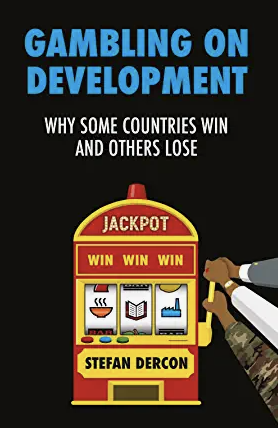 Gambling on Development: Why Some Countries Win and Others Lose

This book, written by one of the greatest living development economists, is full of hard-won insights and provocative observations. Dercon’s radical modesty, fierce intelligence and deep commitment to describing what actually occurs in the field–in all its hypocrisy, comedy, tragedy, mystery and idealism–distinguishes him in a field too often defined by naive optimism and snake oil solutions.
Rory Stewart, former UK Secretary of State for International Development