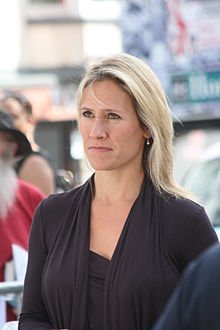 Sophie Raworth is an English journalist, news anchor, and broadcaster known for various BBC radio and television programs. She’s one of the BBC’s most recognised and respected reporters with almost three decades of experience. She is an accomplished speaker, delivering talks on everything from leadership and motivation to change and communication. Her warmth, wit, and down-to-earth approach make her a popular choice for industry events.

Sophie is the leading presenter of BBC One’s Watchdog and Crimewatch, focusing on consumer affairs. As a BBC senior reporter, Sophie is the main relief presenter for BBC News at Six, News at Ten, BBC News Channel and the popular talk show Sunday Morning where she’s been named interim presenter as of 2022.

As a BBC anchor, Sophie has covered several prestigious and history-defining events such as the Queens Golden Jubilee and Our Monarchy – the Next 50 Years.

Sophie became a household name when she moved from being a regions correspondent in Brussels to national television as a co-presenter on Breakfast News in 1997. She then co-presented Breakfast in 2000, where she remained until 2003 when she joined the BBC Six O’Clock News.

Away from the BBC, Sophie has featured in various other media programmes such as Dream Lives, the quiz show Judgemental and the fashion show What Not To Wear. In 2017 her family story was featured on the genealogy programme Who Do You Think You Are?.

Sophie has also lent her talents to the film and television industry with cameo appearances in Bodyguard, Absolutely Fabulous: The Movie, the comedy series My Hero, and Hollywood blockbuster A Good Day to Die Hard.

Sophie was presented with an Honorary Doctor of Arts Degree by City University London to recognise her services and contribution to television and radio presenting.