Sope Agbelusi is an executive coach, international speaker, husband, and father of two. He is sought after for his ability to help shift perspectives and install new mindsets that create lasting transformations.

On stage, Sope will put you on the edge of your seat with his captivating talks that inspire you to think deeply. His talks are designed to help you find answers to questions you might not have thought of before.

Sope is the founder of MindsetShift, a leadership development company that is focused on developing authentic leaders. He has worked with many respected global brands such as Google, Spotify, Philips, Stella Mccartney, HSBC, Wesleyan, Axis Capital, Moodys, and Jaguar Landrover amongst others.

He is the host of Everyday Leadership and is also an inhouse executive coach for Shopify.

As an innovative leader himself, Sope’s leadership contributed to generating $600M+ with several teams in the automotive and engineering industry. His valuable insights have been featured on BBC World News, BBC Radio 5 Live, talkSPORT, BusinessCloud, and SOCIAlight amongst others.

Sope’s mission is to inspire people to create more businesses that focus on people over profit grounded in inclusion, equity and psychological safety. He sees this as the next step in the evolution of business worldwide. He also supports and works for charities that assist people in African countries.

He speaks on a number of topics around leadership, mindset, and cultural change. He can tailor his speeches to your needs as a client. Below is a selection of some of the popular themes he covers.

Sope defines authentic leadership as doing what is good for you, your team, the organisation you are a part of, and the world. It’s not only about “what is in it for me”. It’s about helping others to thrive so that you can thrive with them. Our actions today impact the world tomorrow and Sope shares with us how we can create inclusive, equitable, and people over profit-centered cultures.

Stepping Outside Of Your Comfort Zone

These keynotes focus on what it takes to step out of your comfort zone in order to grow. Sope is an entrepreneur at heart and started his own company on a leap of faith while turning down a 6 figure salary. Because Sope didn’t stay in his comfort zone, he was able to learn many valuable lessons that he’s now able to share with his audience. In this talk, Sope likes to inspire people to take the right action at the right time with conviction and bravery.

In this digital age, hybrid working is becoming more and more the norm. It also leads to inclusion. Inclusion is a vital component of any organisational culture today and Sope shows you how to embody this value in a practical way. In these keynotes, sope shares insightful stories and insights about why hybrid working also prompts inclusion. He also shares how to specifically set up hybrid working so that you can create a culture of inclusion.

In these captivating keynotes, Sope reminds us that we all have a superpower waiting to be uncovered. This superpower is discovered when look at what our purpose is, what we are good at, and what we want to contribute to the world. This then defines the actions that we take. This is important because if we do not stop to think about whether our actions are getting us closer to where we want to be in life, it’s all for nothing.

Your Mindset Is Holding You Back

Mindset is everything. Whether we want to lead a million-dollar company, a team, a charity, or a family. Limiting beliefs and false perspectives hold us back in anything we do. In this talk, Sope will share his personal stories of changing his mindset into a more empowering one. He also shares key insights on how people in your organisation or team can do this and how leaders can inspire others to create new mindsets. 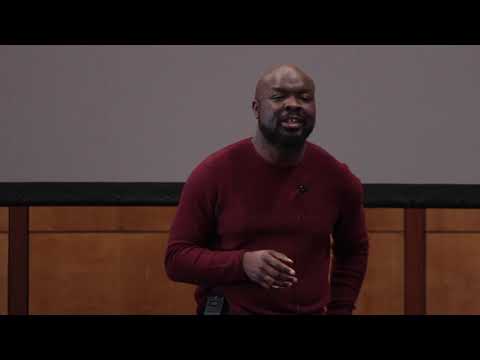 If You Fail to Adapt Your Companies Will Fail 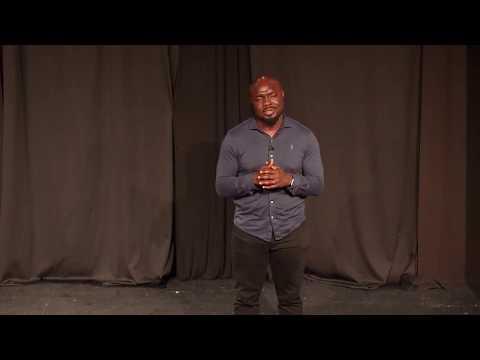 Stepping Out Of Your Comfort Zone

"thank you for supporting our IWD event yesterday. I was really inspired by the advice and words of wisdom you shared – there were some brilliant pointers for our colleagues as they plot their way through their careers and lives. We got some great feedback from the attendees on the impact you had on them on the day. I’ve also found that these types of events can have a strong positive influence on women for months afterwards – one example being when I interviewed a really strong candidate for a role recently who said that she’d never have applied if she hadn’t heard one of our speakers at an event last year who gave her the courage to go for it. I am sure your session will have a similar impact over time too."
Group Chief Operating Officer Wesleyan
"I have watched your presentation on Women in Technology and I found it very inspiring and helpful. I am the only female in my team and although I always had the support and encouragement of my male colleagues, I very often find myself in the Fear Zone. And most of the time is me that is keeping me there. I am looking forward to seeing more conferences from you and starting to apply your advice. Thank you for doing such a beautiful job"
Senior DevOps Engineer Tribal Worldwide London