Tech pioneer and adventurer, Simon Wheatcroft, refuses to let blindness hold him back. Whether he is competing in ultra-marathons, climbing mountains or going about his day to day life, he combines the use of technology and his fundamental belief and trust in his own abilities and body to overcome what many would consider insurmountable barriers and achieve his goals. Simon’s unique blend of ferocious drive, along with his background in technology and psychology, enables him to push the boundaries of possibility and challenge the audience to explore what they can achieve.

Leveraging his experience of working with leading technology firms (IBM, MIT and Google), Simon now seeks to create the next generation of inclusive technology that will continue to enable himself and others to achieve what many bystanders would consider unattainable – always working to ensure the provided solutions address true needs and account for future implications. This has included creating such diverse technology as robotic control systems for individuals with motor neurone disease, AI machine learning switching systems and the sonification of data analysis. Simon has also improved the inclusivity and diversity of the hackathon scene by creating hackcessible – a user led accessible hackathon event.

Born with a genetic eye disorder (Retinitis Pigmentosa) resulted in Simon becoming blind at 17. After a number of difficult years of adaptation, he headed to California with the intention of climbing a mountain and proposing to his girlfriend. Having never climbed or hiked up a mountain before, Simon’s view was: how hard can it be?

elusive as it was too dangerous for him to continue to the top. For the first time in his life Simon quit because he couldn’t see. It wasn’t the difficulty of the mountain, it was his lack of vision that defeated him on the day. Returning to the UK he vowed never to quit again because he was unable to see. Now all he needed was a new challenge. Making use of technology, he began a remarkable journey of learning to run outdoors totally unaided aside from the Smartphone app RunKeeper and his remaining senses as a guide.

Over a period of seven months, he went from running between the goalposts on a football field to his first race of over 100 miles. Partnering with leading technology firms and using social media to find running partners Simon has gone on to run marathons and ultramarathons. In 2014, he decided that the 26.2 mile New York City marathon wasn’t enough, so he decided to start the race in Boston – over 250 miles away! Since then, Simon has continued to test the boundaries of what is humanly possible – becoming the first ever blind person to run solo the 4 Deserts Marathon in Namibia in May 2016.

Simon’s incredible achievements have garnered significant media attention worldwide. He regularly features on TV – with special features on the CBS News Sunday Morning Live programme and BBC Click – and in the news, including a feature article in the New York Times after becoming the first blind man to run the New York Marathon solo. 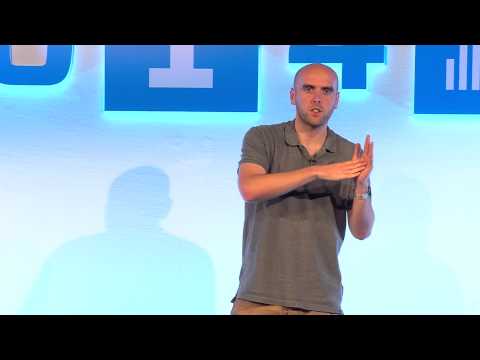 Simon Wheatcroft: the blind ultramarathon runner who refuses to quit (2014) 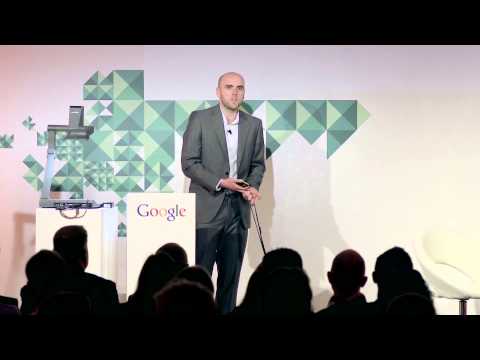