Shubhankar began his career as a Brand Manager for Levi’s (1991-95) developing their UK & European advertising, media campaigns and strategy. In 1995 he took up the position of Global Creative Director at Caterpillar Boots & Workwear until 2000. There he worked on the re-invention and development of Caterpillar Boot’s brand image and oversaw the international roll out. This innovative work won him wide acclaim and established long running image and advertising campaigns.

From 1997-99 he held the dual positions of creative Director at Stride and a visiting lecturer at Oxford University’s European Business School for their MBA program. He went on to repeat his success at Camper with award winning ad campaigns and building a powerful global brand image (2000-06) before joining G-Star Raw in 2006. 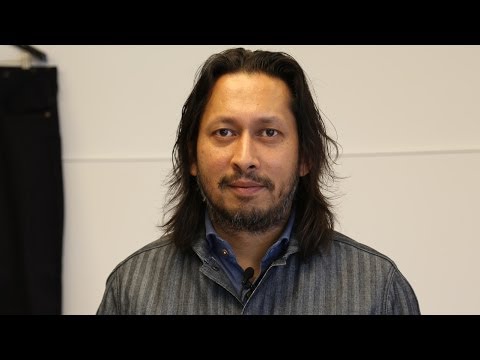 On brand DNA and unexpected combinations (2014)