Ruth E. Carter is an African American costume designer, for film and television, with over 40 films to her credit, who has mastered the look of multiple periods and genres in envisioning the clothing and overall appearance of a character or performer. During her near 30 year film career, Carter has earned two nominations for an Academy Award for Best Costume Design for her work on the films MALCOLM X directed by Spike Lee, and AMISTAD directed by Steven Spielberg.

Carter began her career working as an intern in her hometown of Springfield, Massachusetts and at the Santa Fe Opera. She moved to Los Angeles in 1986. While working at the Los Angeles Theater Center, Carter met director Spike Lee, who hired her for his second film, SCHOOL DAZE, and with whom she worked on a number of films thereafter, including DO THE RIGHT THING, MO’ BETTER BLUES, JUNGLE FEVER, and MALCOLM X. Carter has continued to work on films for Spike Lee, including OLDBOY, DA SWEET BLOOD OF JESUS, and *CHI-RAQ.

In addition to designing costumes for the films of Spike Lee, Carter has worked with legendary directors such as Steven Spielberg and John Singleton, and has dressed actors from Denzel Washington to Josh Brolin, and actresses from Angela Bassett to Jane Fonda.

Carter is also known for her work on WHAT’S LOVE GOT TO DO WITH IT, SERENITY, FOUR BROTHERS, SPARKLE, THE BUTLER directed by Lee Daniels, and SELMA directed by Ava DuVernay.

Carter’s most recent work has been on the upcoming action thriller film KIDNAP directed by Luis Prieto and starring Halle Berry. Also, Carter is the costume designer for the upcoming American television miniseries 2016 Roots which is a remake of Roots.

Her work can also be seen in the  2018 Marvel film BLACK PANTHER. 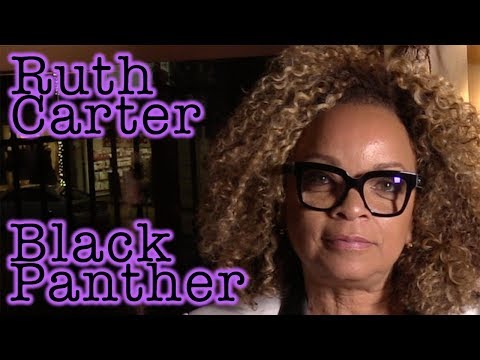 Ruth E. Carter On Being A Visionary | Black Women In Hollywood | ESSENCE