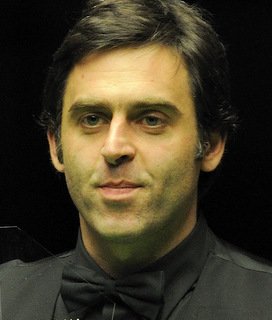 Turning professional in 1992, Ronnie recorded the youngest ever victory in a ranking tournament when he won the 1993 UK Championship aged 17. He is considered by many fellow players, pundits and fans, to be the most naturally gifted player ever to grace snooker, a “genius”. Seven times World Champion and most commercially successful ever player Stephen Hendry has repeatedly branded him as the best player in the game.

He holds the record for the fastest recorded maximum break, made whilst playing Mick Price in the World Snooker Championship on 21 April 1997; he completed the clearance in 5 minutes and 20 seconds – an average of one shot every 9 seconds. In fact, his six maximum breaks include the five fastest on record.

Ronnie is the author of two books, written in collaboration with Simon Hattenstone: “Ronnie, the Autobiography of Ronnie O’Sullivan” (2003) and “Running: The Autobiography” (2013).

Book Ronnie O’Sullivan as keynote speaker at your next event or conference.

Interested in booking Ronnie O'Sullivan to speak at an event? Please provide your details and we’ll get in touch within 24 hours.