Motivational speaker, Richie Contartesi is a #1 best-selling author and former professional football player. Standing a stellar 5’7″ and weighing in at a magnificent 155 lbs, he overcame the odds and the naysayers, as he walked on at Ole Miss and eventually received a football scholarship, started every game his senior year and earned the scholar athlete award twice. His book, “In Spite of the Odds” (Defy the Odds Publishing, 2015), is an inspirational story of hope, determination, and success.

Richie Contartesi knew his athletic ability and resilience for success at a very young age. His football career started when he was 10 years old, and right away he found his passion. Richie was determined to play college football and from hard work in high school, he had earned awards and accolades such as Most Valuable Player, Offensive Player of the Year, and Team Captain among others.

After high school, Richie Contartesi signed with Jacksonville University, which he ended up regretting, and ultimately decided to take a chance on himself and follow his dream of walking on at Ole Miss. After 3 coaching staffs, 100’s of setbacks, and almost quitting, he pulled through till the end and earned a full Division 1 football scholarship at Ole Miss. More importantly, he surpassed his wildest dreams of catching passes in the SEC in front of 97,000, starting in all 12 games his senior year, and earning the scholar-athlete award twice.

After graduating from Ole Miss, Richie worked in the corporate world for two years, before pursuing his dream to start his own business. His spent all of his savings on his first venture, “Ripped Athlete,” which did not gain momentum, and some may see this as a failure, but the lessons he learned from this experience were invaluable. “I failed, I learned more in that year than I’ve learned my whole life.” Says Richie.

That setback launched another dream where Richie Contartesi, set out to start Anabolic Technology, which has done very well. Since learning what is takes to start a successful business, Richie has the confidence to go out and do whatever his heart tells him. Like, moving to Florida and playing professional arena football for the FloridaTarpons.

He has realised through all of this that no matter how much he enjoys defying the odds, his true passion is in helping others defy theirs. As a Motivational Keynote Speaker, he helps adults and teens understand that their dreams are closer than they appear. Through all the noise and out of reach possibilities, speaking is truly his favorite way of communicating his passion. 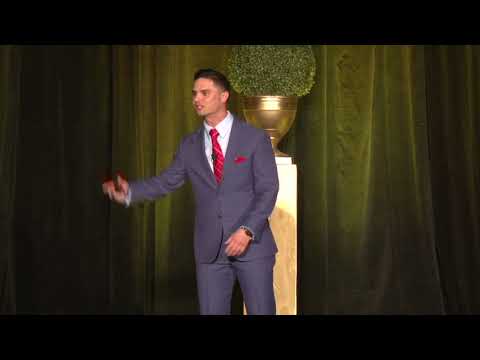 Interested in booking Richie Contartesi to speak at an event? Please provide your details and we’ll get in touch within 24 hours.