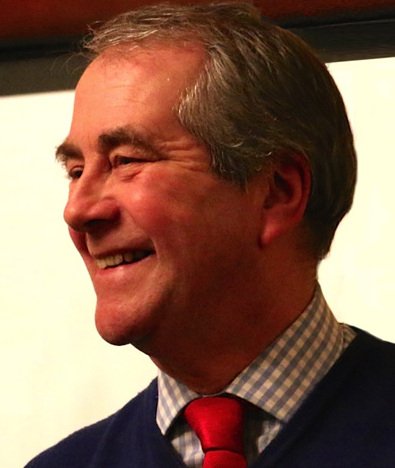 During his corporate commercial life in the City of London and the United States, Richard led teams of exceptional people to outstanding success. He now uses the experience and insight acquired over many years to coach successful people facing challenging times. He places a particular emphasis on helping those whose personal and working lives are being affected by the pressures that go with great responsibility and his lecture “Pressure Points: Surviving the Unexpected”, based on his own experience, is widely acclaimed for its perceptiveness and authenticity.

After winning a Harmsworth Scholarship at the Middle Temple and reading for the Bar, Richard joined the Sedgwick Group. Over the next 25 years he had a successful corporate career in the international insurance markets, working in London, the USA, Continental Europe, Turkey and the Middle East.

He joined C. T. Bowring as a Director in 1986 and in 1991 was appointed Managing Director of Leslie & Godwin Marine. In addition to leading the company and significantly enhancing company profits, he pursued new business opportunities globally, concentrating mainly on the USA, Southern Europe and Turkey. His last corporate appointment in 1995 was as Chairman of the Marine Division of Aldgate Insurance.

In 1998 Richard moved to California to act as an expert witness in high-profile film insurance litigation. The following year he established a consultancy business in Chicago. On returning to London in 2004 he founded a broking house in the City. He was a Specialist Adviser to the parliamentary Trade & Industry Committee, and has maintained strong connections with the UK Parliament for many years.

He is a Governor of Hereford Cathedral and a trustee of several charities, where he gives particular support in the areas of policy, strategy and fund-raising.