Prof. Richard Dawkins is one of the world’s leading scientific keynote speakers, with a renowned expertise in evolutionary biology and ethnology.

Richard has worked tirelessly to popularise and increase public understanding of science through broadcasting and appearances in documentaries, bringing scientific thought into millions of homes. He is also a famous proponent of Humanism and fierce defender of reason, critical thought and the scientific method, a passion that in 2006 led him to found the Richard Dawkins Foundation for Reason and Science (RDFRS).

His illustrious academic career began in 1967 at Berkley, California as professor of Zoology. In 1970 he returned to his alma mata, Oxford University, as a lecturer and fellow, by 1990 he had achieved the status of reader in Zoology and in 1995 he was appointed the first Simonyi Professor of Public Understanding of Science.

During this time, Richard’s work has had a defining effect upon both the science of evolutionary biology and the public’s understanding of it. He has distilled the complexities genetic selection into a number of hit best-sellers notably including “The Selfish Gene” (Oxford University Press, 1976), “The Blind Watchmaker” (Norton & Company, 1986) and “The God Delusion” (Bantam, 2006).   2021 saw the publication of his latest book Books do Furnish a Life: An electrifying celebration of science writing’ – in this book, he converses with Neil DeGrasse Tyson, Steven Pinker, Matt Ridley and others.

His work has earned him global recognition as a leading thinker, topping the 2005 Prospect list of the top 100 public British intellectuals, in 2007 he appeared on Time’s 100 most influential people in the world and in the same year was ranked 20th in the Daily Telegraph’s list of 100 greatest living geniuses. 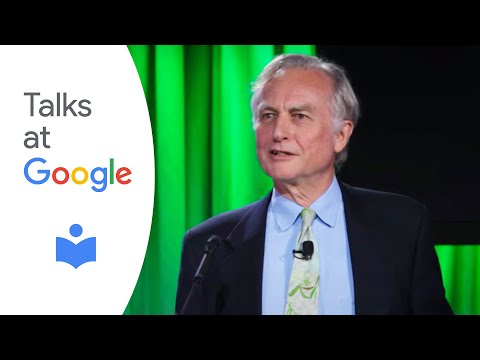 Books do Furnish a Life: An electrifying celebration of science writing (2021)