Professor Rana Mitter works on the emergence of nationalism in modern China, both in the early twentieth century and in the present era. China has always drawn on its past to draw lessons for the contemporary political scene; Rana believes that to help us understand the new China, we must look at its past.

Rana is currently Director of the University China Centre at the University of Oxford, where he is Professor of the History and Politics of Modern China. He is the author of several books, including “Modern China: A Very Short Introduction” (2008, new ed. 2015), and the award-winning “A Bitter Revolution: China’s Struggle with the Modern World” (2004). His newest book “China’s War with Japan, 1937-45: The Struggle for Survival (US title: Forgotten Ally)” was named as a 2013 Book of the Year in the Financial Times and the Economist, and won the 2014 RUSI/Duke of Westminster’s Medal for Military Literature.

Rana presents and contributes regularly to programmes on television and radio, commenting on contemporary Chinese politics and society. He interviewed Henry Kissinger for BBC Radio on the release of his book “On China”, and questioned him on everything from human rights to Mao Zedong to the future of US-China relations.

Rana’s new television documentary “The Longest War: China’s World War II” will be broadcast on the History Channel in summer 2015. More broadly, in the UK Rana is a regular presenter of programmes on music, the arts and ideas including Free Thinking on BBC Radio 3. His reviews and essays have appeared in newspapers including the Financial Times, International New York Times, Guardian, Telegraph, Caijing, and Outlook (India). 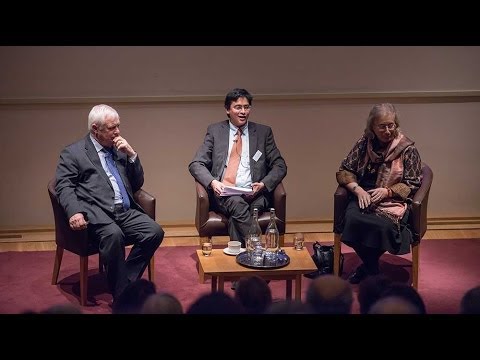