Radosław ‘Radek’ Sikorsk is a senior statesman and acclaimed expert and speaker on geopolitics.  In June 2019, he was elected as a member of the European Parliament and will sit on the Foreign Affairs Committee.

He is also associated with the Brzezinski Institute on Geostrategy at CSIS – Centre for Strategic and International Studies and is a senior fellow at the Center of European Studies at Harvard University. Radek also provides expertise and strategic insights on geopolitics with the Eurasia group.

Radek was Poland’s Minister of Defence (2005–2007), Foreign Minister (2007–2014), and Speaker of Parliament (Marshall of the Sejm) (2014–2015).As Minister of Foreign Affairs, Mr. Sikorski was the Polish signatory of the Treaty of Lisbon, in 2007. Together with Carl Bildt, he launched the EU Eastern Partnership. He proposed and helped to set up the European Endowment for Democracy.

He negotiated and signed the Poland-Russia regional visa-free regime, Poland-U.S. missile defence agreement, and—together with foreign ministers of Germany and France—the accord between the pro-EU opposition and Ukrainian president Viktor Yanukovych in 2013.

Radek is the author of several books, including ‘Dust of the Saints and The Polish House: An intimate history of Poland‘. In 2012, Foreign Policy named him one of its 100 global thinkers for “telling the truth even when it’s not diplomatic.” 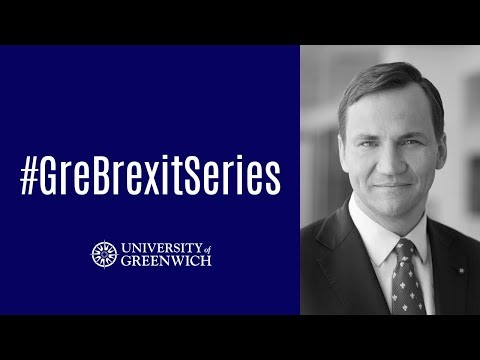 EU: The empire Britain has refused to rule

Interested in booking Radek Sikorski to speak at an event? Please provide your details and we’ll get in touch within 24 hours.