Dr R A Mashelkar was the Director General of Council of Scientific and Industrial Research (CSIR), the largest chain of publicly funded industrial research and development institutions in the world, with thirty-eight laboratories and about 20,000 employees. His transformation of this institution has been heralded as one of the top ten achievements of Indian Science & Technology in the 20th century.

In the post-liberalized India, Dr Mashelkar has also played an important role in shaping India’s science and technology policies. He was a member of the Scientific Advisory Council to the Prime Minister and also of the Scientific Advisory Committee to the Cabinet set up by successive governments. He chaired twelve committees established to examine a variety of issues including higher education, national fuel policy, the drug regulatory system and the agriculture research system.

Dr Mashelkar has won over 50 awards and medals, which include the World Federation of Engineering Organizations (WFEO) Medal of Engineering Excellence (2003) by WFEO, Lifetime Achievement Award (2004) by Indian Science Congress, and the Science medal (2005) by TWAS, the Academy of Science for the Developing World. The President of India honoured Dr Mashelkar with Padmashri (1991) and with Padmabhushan (2000), which are two of the highest civilian honours in recognition of his contribution to nation building.

Videos of R A Mashelkar 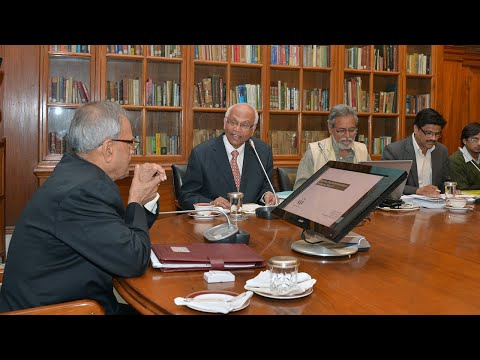 Presentation to the President of India (2013)