Phil McKinney is an Innovation Consultant and president and CEO of CableLabs. He has held technology and innovation leadership positions in a number of top companies and has been widely profiled in national media outlets. Vanity Fair named McKinney “The Innovation Guru;” MSNBC and FOX both call him “The Gadget Guy;” and Laptop Magazine named him as one of the “25 Most Influential People in Mobile Tech” in 2010. His uncanny ability to predict what’s coming next caused The San Jose Mercury News to dub him “the chief seer.” Of his first book, “Beyond the Obvious: Killer Questions That Spark Game-Changing Innovation,” (2012) Peter Guber said, “Phil McKinney will change your Monday with his rule-breaking approach to harnessing the power of innovation. This book is a killer read for anyone who hopes to triumphantly succeed and not just survive.” A sought after business keynote speaker, McKinney gives over 100 talks or workshops a year across the globe.

Before his position at CableLabs, McKinney was vice president and chief technology officer for Hewlett-Packard’s (HP) $40B (FY2011) Personal Systems Group, where he was responsible for long-range strategic planning and research and development for all of the company’s PC product lines, including mobile devices (phones, tablets, etc), notebooks, desktops, and workstations. Over the course of his career, he has been profiled or had his work on innovation written about in media outlets ranging from tech press to Vanity Fair, the New York Times and the Wall Street Journal. McKinney also writes a column for Forbes called “The Objective,” hosts a popular Killer Innovations podcast that CIO Insight has called “a must listen,” and tweets frequently.

McKinney serves on the Board of Directors for The Computer History Museum.  An Eagle Scout, he also serves on the Executive Board of the Santa Clara County Council for the Boy Scouts of America. 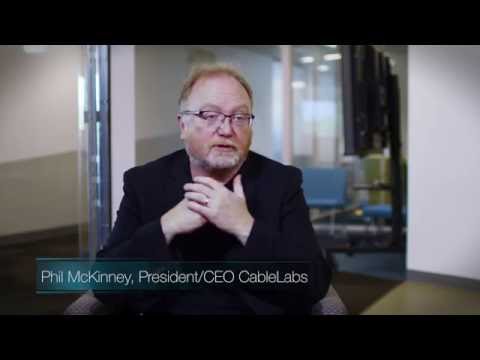 Behind the tech with Phil McKinney: The Near Future