Sir Peter Birkett is a pioneer in the education sector. He is the Founder and Strategic Advisor of Highgate Hill House School, Founder of Passion5Excellence and Chair of the Educational Wealth Fund.

Sir Peter has been Chair and Director on many boards. Currently, he is a member of the Worshipful Company of Educators, the Independent Schools Association and the Independent Schools Council. He was appointed Chair of the Educational Wealth fund, an organisation established to provide inspiring learning environments to children everywhere to narrow the gap between private and state sectors.

Sir Peter’s motivation to open Highgate Hill House School, an independent school for children with special educational needs, was driven by his passion for excellence within education. Since its creation, the school was nominated for a number of awards, achieved Investors in People (IIP) status, secured an excellent Independent Schools Inspection (ISI) and was named in the top 20 employers in the country in 2020.

Prior to this in 2013, Sir Peter Birkett was CEO of the GEMS Group in the UK and Europe, where he developed the strategy, reporting and budgeting system, which led to the development of the $1 million teacher award. In 2010, Sir Peter worked as a University and Further Education National Apprenticeship Champion for the government, as part of a project to boost apprenticeships within the education sector.

From 2005-2013, Sir Peter Birkett was the Principal and CEO of Barnfield College.  During this time he pioneered the first college-led federation in the UK achieving three ‘Outstanding’ Ofsted reports and increasing revenue to c£60 million.  On leaving the organisation in 2013 the two academy secondary schools were named number 1 and number 3 in the town’s league table and the College number 1 best performing in England with a 94% success rate.   This model has since been widely adopted in the UK and beyond.

Sir Peter Birkett is an expert in the field of education and his services to Further Education and the Academy movement were honoured with a Knighthood in the 2012 Queen’s Diamond Jubilee Birthday Honours. 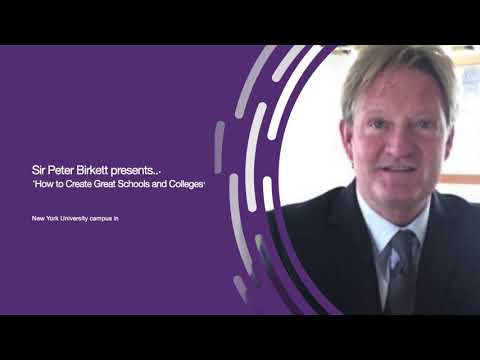