More astronauts have circled the Earth than the number of people who have sailed single-handed non-stop around the world without assistance. Pete Goss MBE is one such sailor.

A former Royal Marine, Pete first came to public attention in 1998 when he raced across the Atlantic alone in a 26 foot catamaran. He is now one of Britain’s most experienced racing captains, having sailed more than 300,000 nautical miles (460,000 km) in the past quarter century.

Pete’s most recognised achievement is for being the first British sailor to sail single-handedly round the world during the 1996 Vendée Globe. He was also awarded an MBE from the Queen Elizabeth, and the Legion d’Honneur from President Chirac of France for rescuing fellow sailor Raphaël Dinelli, whose boat sank 1400km off the shore of Perth.

Pete’s most recent adventure saw him complete the 1500km circumnavigation of Tasmania by sea kayak. In 2011, his team took two 6-metre, Suzuki-powered RIBS from Scotland to the Arctic Circle. Prior to that, Pete entered into the historic Route du Rhum race; a gruelling 3,500-mile single-handed race across the Atlantic in 2010. In 2009 Pete and his team built ‘Spirit of Mystery’ to recreate and celebrate the heroic journey of seven Cornishmen who sailed a 37ft wooden lugger to Australia more than 150 years ago.

He is the author of best-selling book ‘Close to the Wind’ (Headline, 1999), which details his experience of the 1996 Vendée Globe race.  He is an Associate Fellow of Said Business School Oxford University.

-Mental Resilience – Having the mental capacity to keep going when things don’t go to plan.

-The importance of Team - picking the right team is imperative but how you keep all members of the team motivated, feeling involved, valued through listening, communication, sharing and good delegation is what brings the magic to successful teams.

-Follow your dreams - Pete is a living example of how to do this - his stories will leave the right message. 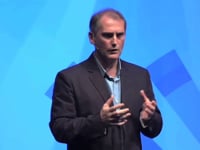 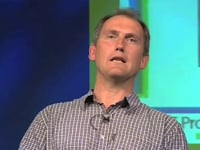 Close to the Wind

Absolutely First Class. We were mesmerised. Without doubt the most interesting, stimulating and motivational speaker we have experienced… Pete Goss has excellent management motivation.
Peek Plc