Having worked for over a decade at the top level of finance, most recently in London and Hong Kong, Paul Niel decided to change his focus in life and follow his passion. He now spends his time discovering new frontiers, pushing his limits and becoming more directly involved in charitable work (aside from being a financial donor).

Paul found new inspiration as a social entrepreneur, building start-ups that make a lasting impact and working with charities in Hong Kong, Nepal and Kenya. He supports and sponsors enterprises that use exponential technologies to solve grand challenges. Paul most recently co-founded Peared, which develops next generation technologies that aids independent lifestyle. He is an expert in the non-linear trends of technology that are fundamentally reshaping businesses, complete industries and the world we are living in. Paul is an alumni of Singularity University and acts as its ambassador for Hong Kong. He is also a member if the Exponential Organisation Expert Network. He holds a masters degree in statistics from University of Vienna.

A passionate explorer, his hunger for travelling and adventure has led him into more than 80 countries across the globe – from the deserts of Mongolia, the snow capped volcanoes of Kamchatka, the never ending ice of Antarctica, across the Atlantic ocean and to all the big mountain ranges in the world. In 2013 Paul completed the project of climbing the seven summits, the highest mountain on every continent. The same year he become one of the few climbers to summit two 8000m peaks back to back (Mount Everest & Lhotse).

Paul is also an active angel and early stage investor supporting innovative businesses, and an advisor to several non-profit organisations in Africa and Asia. Most recently he filmed a documentary about rural education by driving an auto rickshaw almost 3,000km through the length of India with the mission to get 10,000 girls into school. 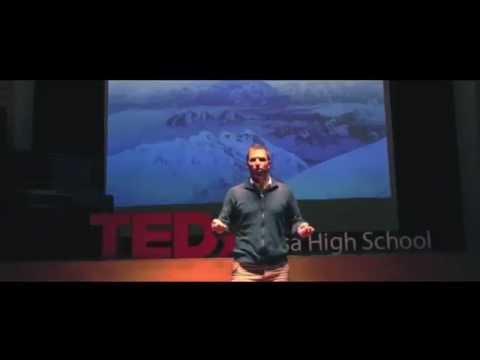