Patricia Bosworth, a contributing editor at Vanity Fair for over two decades, is an award-winning journalist and best-selling biographer and memoirist. She was awarded the Front Page Award and was a Senior Fellow in Columbia’s National Arts Journalism Program, where she received a grant to research her most recent book, “Jane Fonda: The Private Life of a Public Woman,”(2012) a New York Times best seller.

Bosworth made her debut as a biographer with her best-selling book Montgomery Clift: A Life. She has also written biographies of Marlon Brando and photographer Diane Arbus, as well as a memoir, “Anything Your Little Heart Desires: An American Family Story“, (1998) which deals with the suicides of her father and brother, as well as her father’s role defending the Hollywood Ten during their hearings before the House Un-American Activities Committee. Her Diane Arbus was later adapted into the film Fur, starring Nicole Kidman and Robert Downey Jr.

She is a graduate of Sarah Lawrence College and a longtime board member of the Actors Studio, where she runs the Playwright/Directors Unit. As an actress she appeared on television and in Broadway plays such as Inherit the Wind, The Sin of Pat Muldoon, and Howie. After understudying Barbara Bel Geddes, Bosworth took over the title role in Jean Kerr’s hit comedy Mary, Mary for the last year of its run. She was also featured as Audrey Hepburn’s best friend in the movie The Nun’s Story.

In the mid-1960s Bosworth transitioned from acting to journalism, writing frequently for New York Magazine and the New York Times on arts and culture, as well as The Nation, The New York Times Book Review, and Esquire. She served as features editor of McCall’s and managing editor of Harper’s Bazaar, before joining Vanity Fair.

Bosworth has taught literary nonfiction at Columbia University and Barnard College, and currently co-chairs the Biography Seminar at New York University. She is at work on a second memoir, “The Men in My Life,” which picks up where Anything Your Little Heart Desires left off and chronicles her young adulthood and her years as an actress. 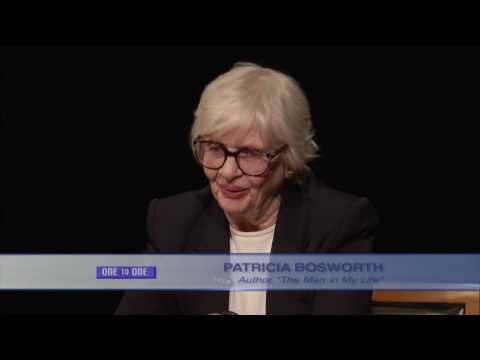 One: Patricia Bosworth, author, "The Men in My Life"