Oli Barrett is a serial co-founder, well-known for his work fostering and nurturing enterprise in the UK and is highly sought-after as a speaker, facilitator, moderator and MC. WIRED magazine described him as “the most connected man in Britain” and he featured as one of GQ’s top 100 connected men for the last three years. Oli is dedicated to finding the right people to help new businesses thrive.

Oli Barrett co-founded the entrepreneurship campaign StartUp Britain, social action agency Cospa, the Clean and Cool Mission connecting cleantech startups with global investors and the Make Your Mark with a Tenner campaign – all this alongside the work he does advising various other companies.

One of his creations, Cospa, brings companies and causes together to make a real difference. For instance, it created a partnership between Wickes and local youth clubs through which free tools and local tradespeople were provided to clubs in need of repair. This not only improved facilities but also taught new skills to the young people involved in these clubs.

Another of his ventures, Tenner, runs the UK’s largest enterprise competition. It challenges children to make a profit from Ten Pounds and is now run by the education charity, Young Enterprise.

It is his involvement in StartUp Britain that has probably garnered the most attention. This is a national campaign run by entrepreneurs for entrepreneurs. It was launched in 2011 by then Prime Minister David Cameron but is completely funded by private sector sponsors. The campaign is backed by a number of FTSE 100 companies and has inspired similar initiatives around the world.

Oli is a shareholder in several companies including Calm.com and Troubadour Theatres, amongst others, and sits on the advisory board for many organisations including Tech London Advocates, One Million Mentors and Founders4Schools. In 2013, he was awarded the MBE in the Queen’s Birthday Honours for Services to Business and Entrepreneurship.

He recently developed audio course Build a Better Network, which has been taken by people around the world, and launched charity campaign Turn on the Subtitles (TOTS) to improve children’s literacy.

Oli’s irrepressible energy and charisma has helped drive so many of these projects forward. These qualities translate so well to the stage and make him an outstanding moderator and speaker. His love of connecting people and passion for ideas allow him to get the best out of any character and seamlessly move between different people in a panel discussion. 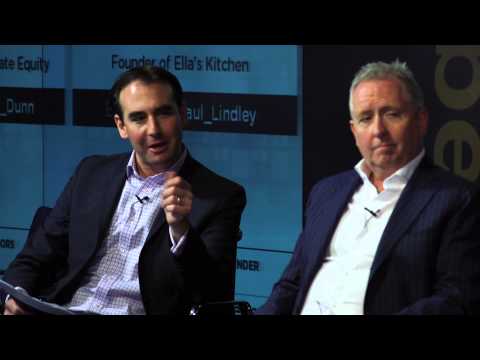 Training the Next Generation Summit

He is superb at what he does, a consumate professional and pleasure to work with.
Institute of Directors