Nina Hossain is an award-winning British journalist, public broadcaster and speaker with more than two decades of experience in the media industry. She is a sought after speaker and trusted source who has worked in online and broadcast journalism for leading news organisations.

Since 2019, Nin has been the lead presenter of the Lunchtime News and relief presenter of News at 10 for ITV. She has presented ITV documentaries On Assignment and Exposure, and she hosted the Coronavirus: Q & A during the COVID-19 crisis lockdown period. She was also a co-presenter during the 2015, 2017 and 2019 ITV Election Live coverage.

Her former broadcasting roles at ITV include relief host of News London, Evening News and Weekend News, and an appearance as a stand-in presenter on GMTV with Lorraine. Before becoming the sole presenter of London Tonight and ITV Lunchtime News programs in 2010 and 2019, she was both programs’ co-presenters.

Nina began her presenting career as a reporter, producer, and newsreader during a traineeship at ITV Border. Her next role was a reporter on the Medical Channel and then the primary presenter on BBC London News and Newsroom South East. She had an opportunity to showcase her television hosting skills on BBC One’s spelling contest Hard Spell.

Nina had cameo appearances on two tracks off Duran Duran’s 2010 album as a newsreader and satellite voice. Her acting debut was a small role in the 2004 film, Trauma, starring Colin Firth.

Nina was awarded an Honorary Doctorate for media and broadcast journalism services by The University of Huddersfield. She won three Royal Television Society Program of the Year awards while anchoring ITV News London and the ITV Evening News and was named RTS Presenter of the Year for Regional News. The British Muslim Awards nominated her for the Services to Media prize in 2015.

Nina is a familiar face on British television. She has hosted countless awards ceremonies and chaired a range of conferences in the corporate world and for charities, including the 2017 Virgin London Marathon to raise funds for Whizz Kidz, where she is an ambassador. She is an engaging speaker who has addressed audiences on various topics, from business to personal development. Her passion for helping others achieve their goals and live their best lives has made her a popular choice for speaking conferences. 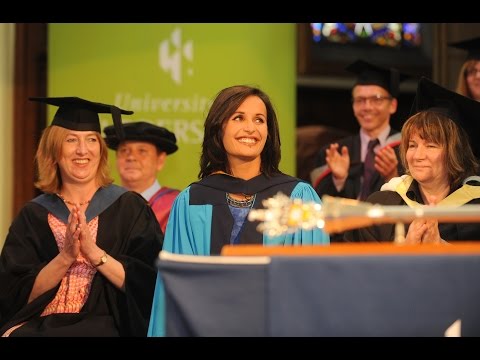 Honorary Award from the University of Huddersfield