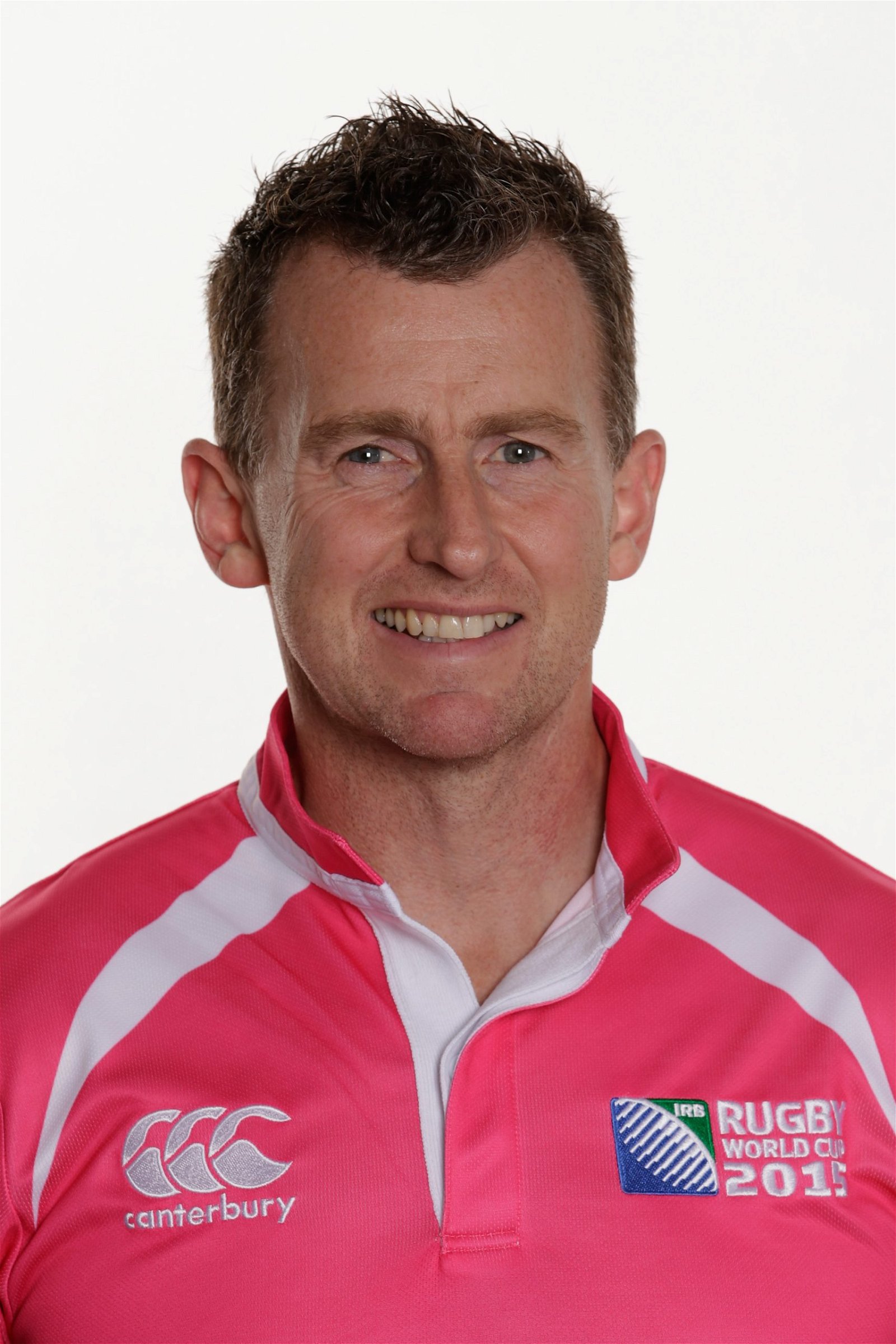 Nigel Owens MBE is recognised as one of the world’s greatest rugby referees. Nigel grew up in rural West Wales, and attended Gwendraeth Grammar School – a legendary nursery of Welsh rugby whose alumni included the likes of Carwyn James, Barry John, Gareth Davies and Jonathan Davies. Nigel speaks openly about his personal story, as well as the qualities needed to lead on the pitch, how to take tough decisions and deal with challenging characters.

Nigel is the first openly gay man to come out in professional rugby. He officiated his first international game in 2005 in Osaka, for the game between Ireland and Japan. And is the current record holder for test matches refereed, and made his World Cup debut in 2007 in France. He is the only referee ever to be appointed to referee three consecutive Heineken Cup finals (2015, 2016 & 2017). He also was a referee for the finals in 2008, 2009 and 2012 making it a record six European cup finals and two challenge cup finals.

In 2015, Nigel was appointed referee for the Rugby World Cup Final between New Zealand and Australia at Twickenham. He has also refereed a record six Pro14 finals. Aside from refereeing, Nigel is a co-presenter on S4C’s Jonathan – the rugby themed Welsh language show hosted by Jonathan Davies. He also presents other Welsh language chat shows on S4C. And he has won huge plaudits for his Desert Island Discs programme on Radio 4. And in 2017, he presented the the Panorama programme on Eating Disorders in Men and Boys.

In 2011, Nigel was made a member of the Gorsedd of Bards at its National Eisteddfod in Wrexham for his services to the Welsh language. He was awarded an MBE for services to sport in 2016, and he continues to referee international rugby matches. He was selected to referee at his fourth consecutive Rugby World Cup in Japan in 2019. He continues to talk about equality and its role in rugby, and mental health. Other awards he has received include “An Honorary Doctorate at both Swansea 2016 and South Wales University 2018”, and an Honorary Fellowship at both Cardiff Met University 2016 and Cardiff University 2016. 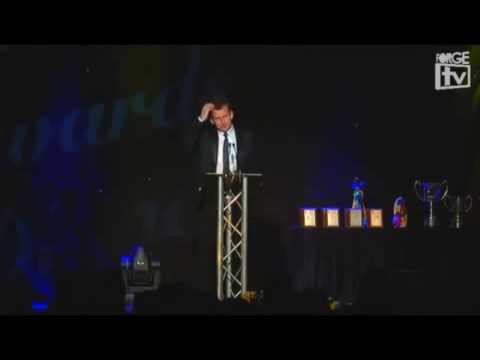 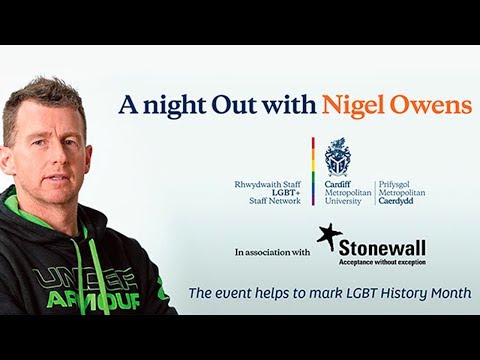 Half Time: My Autobiography