Nick Ferrari is a British journalist, radio and television presenter. With the ambition to make a name for himself in the industry his father had successfully been in, Nick joined the Kentish Independent Newspaper in 1981. He then went on to work at the Sunday Mirror, The Sun, and the Sunday Magazine.

He then moved into broadcast media, starting as the launch editor of the Sky News Channel. He then moved on to work for Fox TV and L!ve TV before presenting with Talk Radio. He joined London’s talk radio station LBC 97.3 in 2001 and became presenter of the weekday breakfast show. Since then, he has won many prestigious awards, including the 2006 Sony Radio Gold Award for Best Breakfast Show, the Arqiva Presenter of The Year and this year won 2009 Sony Radio Gold Award for Speech Broadcaster of the Year.

Nick has been a guest on ITV’s The Alan Titchmarsh Show and Channel 4’s Richard & Judy and has appeared on many other TV programmes including GMTV, London Tonight and London Talking all for ITV and Newsnight and The Daily Politics for BBC2. In 2007, he starred in the ITV reality show Call Me A Cabbie.

Nick has also developed a hugely successful stage show, re-enacting his radio programme for a live audience, which played at many theatres across London. The stage shows were so popular that they were repeated following the release of his debut book, The World According to Nick Ferrari. Nick launched the highly-anticipated revised edition of his book, The World – and London – according to Nick Ferrari and took to the stage again in Nick Ferrari – A Comeback (Part 1). 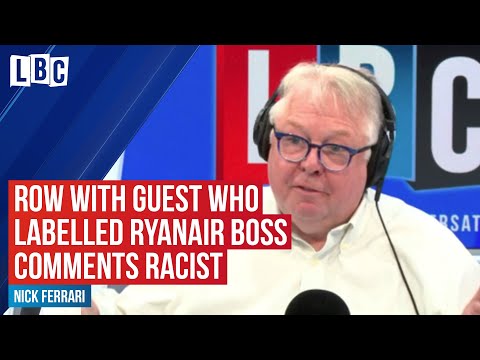