Nick Davies spent 40 years as a journalist, mainly doing investigative work for The Guardian, before retiring in 2016.

Towards the end of Nick Davies career, he was centrally involved in three landmark stories, uncovering the phone-hacking scandal in Rupert Murdoch’s newspaper empire; initiating the alliance of news organisations which published US war logs and cables obtained by Wikileaks; and working as part of the team which handled the British end of Edward Snowden’s leaks about the US National Security Agency.

Nick Davies wrote six books including Flat Earth News which investigated the flow of falsehood, distortion and propaganda through mainstream news organisations. It also exposed routine racism in the newsroom of the Daily Mail; the manipulation of the Observer by intelligence agencies; and the collapse of journalistic standards at the Sunday Times under Rupert Murdoch. His most recent book, “Hack Attack”, which detailed Murdoch’s abuse of political power as well as the crime in his newsrooms, is currently being made into a film by George Clooney.

He was named journalist of the year, feature writer of the year and reporter of the year in British press awards and won the special awards for investigative reporting which are given in memory of Martha Gellhorn, Paul Foot and Tony Bevins. He is an honorary doctor of literature at the London School of Economics and the Open University; and an honorary fellow of the University of Westminster and Goldsmiths College, London.

Between July 2009 and July 2011, he wrote more than a hundred Guardian stories about crime in Rupert Murdoch’s News of the World and about the failure of British governments, police and press regulators to hold Murdoch to account. This led to six different police inquiries in England and Scotland, a series of arrests and criminal trials, and to the establishing of Lord Justice Leveson’s inquiry into the culture and practices of the press. His work on this subject won eight awards including the German Henri Nannen award for press freedom and the award as journalist of the year from the Foreign Press Association in London. 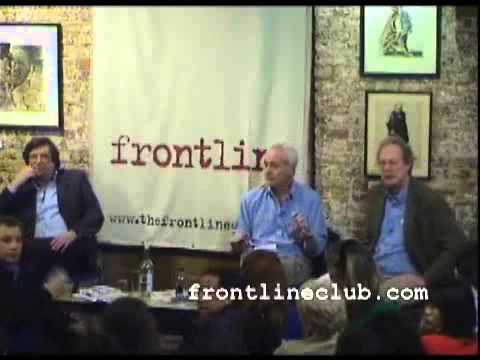 Nick Davies - Falsehood, Distortion and Propaganda in the Global Media