The best 200/400 metre sprinter in the history of the sport of track & field, Johnson’s progressions through the ranks of track and field were swift and stunning.  A dual event world champion, the likes of which were never seen before, he dominated the international scene winning a spectacular 19 international gold medals without a single silver or bronze.

Michael credits his achievements to a consistent philosophy of success that he applied over his 11 year career. He learnt early on that the amount of success he experienced was directly related to his level of effort, but beyond that he worked on the principle that to be successful in anything an individual must start with a goal. Only the individual can determine what success means for them. For him it was not being the fastest man, but becoming the best athlete that he could possibly be. It was this goal that enabled him to map out the steps he had to take, and motivated him to train hard every day and to commit to the sacrifices involved. As he learnt more about his strengths and weaknesses as an individual he was able to adapt that plan, learning how to overcome obstacles and how to achieve his personal best while competing under tremendous pressure.

Post athletics Johnson has taken the philosophy of success honed during his career and applied it to various business ventures, including Michael Johnson Performance, a sports performance training company that provides training and consulting to professional athletes, sports teams and youth athletes all over the world. More recently he founded Michael Johnson Young Leaders, which provides young people from around the world who have faced and overcome adversity with the tools to achieve a better future for themselves and their communities. By focusing on sport, leadership and community engagement, the Michael Johnson Young Leaders programme gives them the confidence, skills and resources to make a positive impact on the future. Participants experience a once-in-a-lifetime journey, which begins at the cutting-edge Michael Johnson Performance Centre, is followed by a year-long program of mentoring and support in their own communities and continued through a lifetime of credible connections and networks.

Michael has also gone on to establish himself as a leading corporate motivational speaker, having worked with such companies as Microsoft, Sony, UBS, Bank of Scotland, and Proctor and Gamble, and has achieved success as a television commentator and personality, working for BBC sport. Away from the corporate world he serves on the board of the Laureus World Sports Academy, whose Sport For Good Foundation seeks to achieve social change through the use of sport for children affected by social and political hardships. 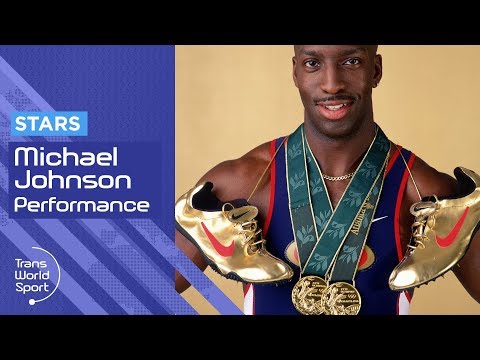 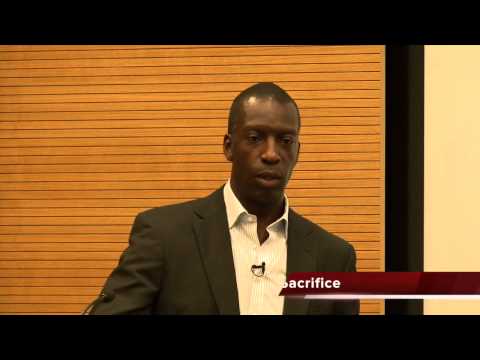 Interested in booking Michael Johnson to speak at an event? Please provide your details and we’ll get in touch within 24 hours.