Michael served in the United Kingdom Government for more than a decade – as Secretary of State for Scotland, Minister of State at the Home Office and Department of Employment, and Parliamentary Private Secretary to the Foreign Secretary. A former chairman of both the Scottish Conservative Party and the Tax Reform Commission, he is as a member of the House of Lords select committee on Economic Affairs.

After leaving the House of Commons, Michael joined Flemings, the investment bank, as a director of Corporate Finance and, following the bank’s sale to JPMorgan Chase became vice-chairman Investment Banking Europe at JPMorgan (1999–2001) and then Deputy Chairman of JPMorgan (2002–05). He joined Evercore Partners International LLP, a leading investment bank, in 2005 – leaving as Deputy chairman in March 2012. He is also a former President of the Royal Highland and Agricultural Society of Scotland, director of NBNK Investments PLC and Chairman of Hyperion insurance Group.

An active philanthropist, Michael has raised more than £1 million for charity. He is the founder of the Pimlico Tree and Preservation Trust, now the Westminster Tree Trust. In 2010 he climbed the highest mountain in Antarctica, Mount Vinson, in support of CINI and Marie Curie Cancer Care, having previously climbed Mount Aconcagua and Mount Kilimanjaro, the highest mountains in the Americas and Africa respectively. 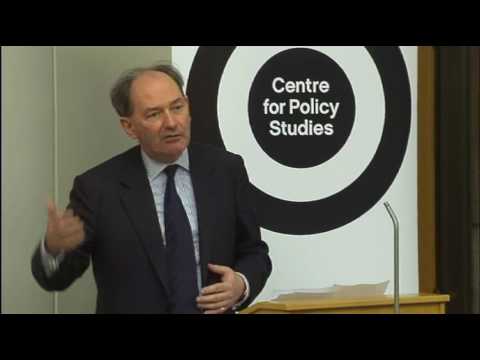 Why Growth is the Answer