Michael Barrett is a globally recognised leader in information risk management and security. He is currently a senior advisor with Ridge-Schmidt Cyber, which advises corporate and government leaders on developing and leading cyber-resilient organisations.

Michael is the CEO of an early stage start-up in the enterprise security space. Previously, Michael was the first President of the FIDO Alliance, an open standards consortium that is re-imagining authentication on mobile devices and the Internet. He serves on the board of directors of StopBadWare, a 501(c)(3) Berkman Center spin out organisation dedicated to mitigating the impact of malware on businesses and individuals.

From 2006 to 2013, Michael was the Chief Information Security Officer for PayPal. In this role, he was responsible for ensuring the security of PayPal’s 130+ million accounts worldwide. He oversaw the information systems and services that protect the integrity and confidentiality of PayPal customer and employee information. Before joining PayPal, Michael was Vice President of security and utility strategy at American Express, where he helped define the company’s information security program and directed its Internet technology strategy.

In the early 2000’s, Michael was President of the Liberty Alliance, an open-standards consortium focused on identity management standards and guidelines. He was the driving force behind the introduction and standardisation of the Alliance’s federated identity concepts, which culminated in the development of SAML 2.0 – still by far the most widely used federated identity protocol on the Internet.

Michael ’s expertise has been recognised by policy makers and he has testified to a US congressional committee, a select committee of the UK House of Lords, an OECD inquiry into recommendations for member states, and a Highlands Forum (US DoD think tank) meeting. He has given numerous print, radio and TV interviews.

Michael Barrett was twice named one of the 50 most powerful people in networking by Network World magazine, was named the Information Security Executive of the year in 2010 by Tech Exec Network, and recognised as one of ITSecurity.com’s top influencers in the security industry. 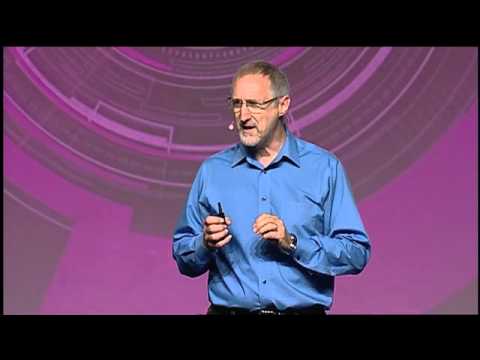