Mary Trump is a clinical psychologist, businesswoman, speaker, and author of ‘Too Much and Never Enough’. She is known for publicly criticizing the actions of her uncle, Donald Trump, and the Trump family.

She is the daughter of Donald Trump’s brother, Fred Trump Jr and Linda Lee Clapp Trump. She has regularly spoken out against Former-President Donald Trump. In 2016, she was a vocal supporter of Hilary Clinton’s presidential campaign, and following the attempted insurrection at the US Capitol in 2021, she said that Donald Trump should be “barred from ever running for public office again”.

Her memoir, ‘Too Much and Never Enough: How My Family Created the World’s Most Dangerous Man’ was released in 2020 and sold nearly one million copies on the first day of its publication. In the book, she reveals stories and anecdotes from within the Trump family, alongside official documents aimed to expose Donald Trump. She was latterly revealed to be the anonymous source who provided details on Trump’s tax returns that featured in the Pultizer Prize-winning New York Times report.

Mary Trump is a board member of LPAC, a national political organisation focused on improving LGBTQ women’s role in government. Part of her motivation for joining the board, she told Politico, was to reverse the damaging impact that her uncle has had on the US in recent years, which as a gay woman, she has felt the effects of directly. 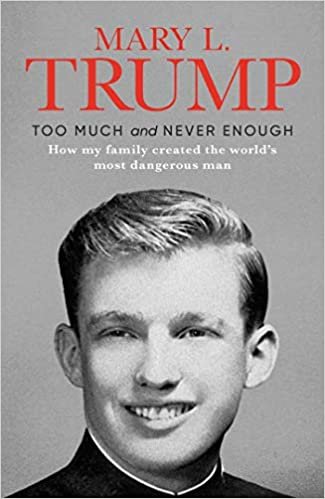 Too Much and Never Enough: How My Family Created the World’s Most Dangerous Man (2020)

Interested in booking Mary Trump to speak at an event? Please provide your details and we’ll get in touch within 24 hours.