Mary Robinson was the first female President of Ireland, who elevated the country to a new level of international status by fighting for controversial changes and bridging religious, social, and economic groups.  Mary Robinson is now a sought after keynote speaker.

President Robinson’s campaign for worldwide democracy continued with her work as president of the Mary Robinson Foundation – Climate Justice, a center for thought leadership, education, and advocacy on the struggle for global justice. She believes strongly that there is a seat at the table for businesses when it comes to solving human rights, justice, and environmental issues. President Robinson is also a member of the Club of Madrid.

A passionate defender of fundamental respect for human life, President Robinson was the first woman to chair the United Nations Commission for Human Rights and is the founder of The Ethical Globalization Initiative. She tirelessly advocates for the integration of human rights, gender sensitivity, and enhanced accountability in politics.

She is the Chair of the Council of Elders, whose members include Ban Ki-Moon, President Jimmy Carter, and Gro Harlem Brundtland.  She is the honorary president of Oxfam International, and Chair of the Board of the Institute of Human Rights and Business. In 2012 she published her memoir, “Everybody Matters: My Life Giving Voice“, which chronicles her remarkable career, beginning with her work as a young lawyer in Ireland crusading for the rights of women.  In 2018, she published ‘Climate Justice – A man made problem with a feminist solution‘ 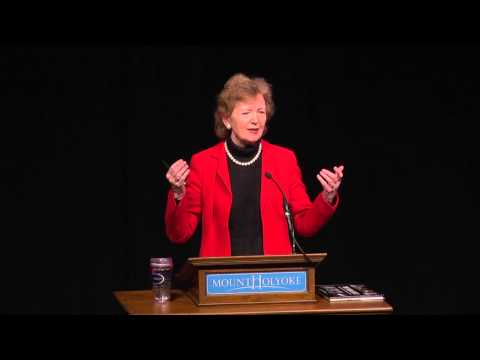 Looking at Climate Change As a Human Rights Issue (2013) 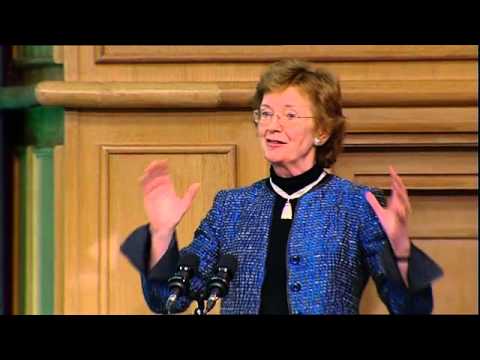 Climate Justice: A Man-Made Problem With a Feminist Solution