Martin Wolf’s unique perspective and experience gives him an unparalleled voice on European and global economies. He can speak with authority about the economic relationships underlying our complex financial systems, what we can learn from them, and what lies ahead for Europe, the US, and the rest of the world.

He is Associate Editor and Chief Economics Commentator at the Financial Times, London. In his regular columns for the FT, Mr. Wolf covers a wide range of economically relevant topics. In the recent past, these have included: the state of the global, European and British economies; the “global savings glut” and “secular stagnation”; global monetary policies; the rise of populism; the political economy of Brexit; the future of the eurozone; the future of globalisation; the challenges to the Chinese and Indian economies; the past and future of the global financial system; radical monetary reform; the productivity slowdown and technological change; the economics of migration; the economics of climate change; reform of corporate governance; and the future of universities. For his “services to financial journalism”, Martin was awarded the CBE (Commander of the British Empire) in 2000.

Martin brings considerable practical experience to his writings. He was a member of the UK government’s Independent Commission on Banking between June 2010 and September 2011. Previously, he was a senior economist for ten years at the World Bank’s division of international trade. He has been a Forum Fellow at the World Economic Forum in Davos since 1999, where he has served as a moderator, and is a member of its International Media Council. He was Director of Studies at the Trade Policy Research Centre, London, and has advised governments and international organizations on trade and economic integration.

Martin has won several prestigious awards for his journalism, including the Overseas Press Club of America’s prize for “best commentary on international news in any medium” for 2013; the James Cameron Memorial Award for 2012; a distinguished honorary fellowship by the European International Business Academy in 2012; and the 2012 International Ischia Journalism Prize (Italy’s most prestigious media award).

Other awards include the US Society of Business Writers and Editors 15th Annual Best Business Journalism award, and the “Ludwig-Erhard-Preis für Wirtschaftspublizistik” (“Ludwig Erhard Prize for economic commentary”) from the Ludwig Erhard Stiftung (Foundation) for 2009. He won “Commentariat of the Year 2009” at the Comment Awards, sponsored by Editorial Intelligence, and the Decade of Excellence Award at the 2003 Business Journalists of the Year Awards.

Martin has a well-deserved reputation for rigorous thinking, deep insight, and his incisive and witty delivery.

Why are interest rates so low and yet demand so weak in the high-income economy? How long might this strange condition last and when might it change? Should there be greater use of fiscal policy, instead?

The future of the eurozone:

Is the eurozone now securely on the mend? How much has this depended on the policies of the European Central Bank? Might the crisis return and if so, how?

Why is productivity growth now so low? Is this the result of failures of demand or of supply or of simple mis-measurement? How can this be happening when technology is supposed to be so dynamic?

Was there a breakthrough over climate management in the Paris conference ? If so, what might it imply for the economy and business? If not, what might the consequences of unmitigated climate change be for the world economy?

What are the challenges facing Chinese economic reform? Is the economy stable or could it suffer a sharp recession? How important is the rapid build-up of Chinese debt?

Is the Indian economy poised to take over from the Chinese as the engine of the world economy? What still has to happen if it is to achieve sustained success?

The challenges to globalisation:

Globalisation has stalled. What are the implications of this? Could it even go into reverse?

The rise of populism:

Why is populism of both the left and right surging? Is it mainly the result of the global financial crisis? Or are longer-term trends, particularly rising inequality, driving it? What role is being played by immigration in transforming attitudes to globalisation? 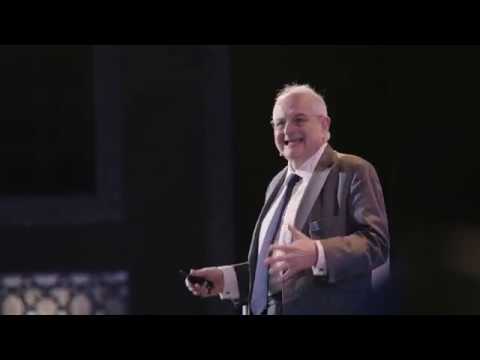 REDEFINING GROWTH For The 21st Century 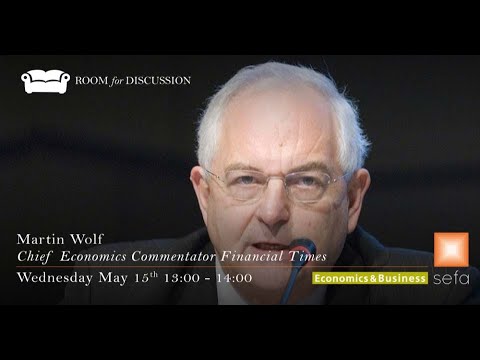 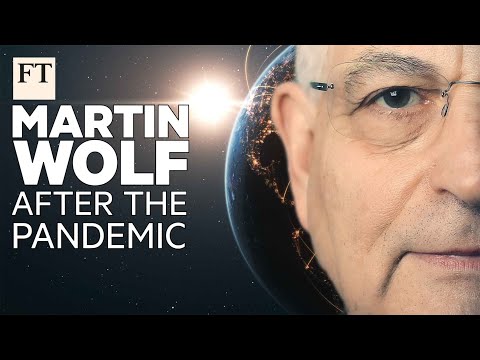 Martin Wolf: after the coronavirus pandemic (May 2020)

The Shifts and The Shocks

Martin, thank you for your graciousness, directness, incisiveness and humour. I think your talk will lead to more thoughtful activity here. It was a special occasion"
In these uncertain times, your approach to the major risk events that threaten the global economic prospects was very enlightening. We received extremely positive feedback on your brilliant presentation which, without a doubt, was key for the huge success of our event.