Madeline Levine, Ph.D. is a psychologist with close to 30 years of experience as a clinician, consultant, educator, and author of the New York Times bestsellers, “The Price of Privilege” (2008) and “Teach Your Children Well“(2016). She is highly sought after as a lecturer and keynote speaker for parents, educators, and business leaders both nationally and internationally, and she is often a consultant to major corporations and high net worth individuals. She is frequently the go-to person on issues of parenting for both print media and radio. She has been featured on television programs such as Katie, The Today Show, and The Lehrer Report and on multiple radio stations including NPR programs such as the Diane Rehm Show and Forum.

The Price of Privilege, explores the reasons why teenagers from affluent families are experiencing epidemic rates of emotional problems. Teach Your Children Well tackles our current narrow definition of success – how it unnecessarily stresses academically talented kids and marginalizes many more whose talents and interests are less amenable to measurement. Both books have been translated into Chinese, Russian, Japanese and multiple other languages. Her August 2012 New York Times opinion piece has been e-mailed over a million times – one of the most e-mailed op-ed pieces in the history of the New York Times.Levine is also a co-founder of Challenge Success, a project of the Stanford Graduate School of Education. Challenge Success believes that our increasingly competitive world has led to tremendous anxiety about our children’s futures and has resulted in a high pressure, myopic focus on grades, test scores and performance. This kind of pressure and narrow focus isn’t helping our kids become the resilient, capable, meaningful contributors we need in the 21st century.  Challenge Success provides families and schools with the practical research-based tools they need to raise healthy, motivated kids, capable of reaching their full potential.Madeline Levine graduated Phi Beta Kappa from the State University of New York at Buffalo with a B.A. in English and an M.A. in Education.  She began her career as an elementary and junior high school teacher in the South Bronx of New York before moving to California and earning her M.A. and Ph.D. in psychology. She has had a large clinical practice with an emphasis on child and adolescent problems and parenting issues, and has taught Child Development classes to graduate students at the University of California San Francisco Medical Center.  For many years, Levine has been a consultant to various schools, from preschool through high school, public as well as private, throughout the country.For availability and speaker fees, please contact Madeline Levine’s speaking agent at Chartwell here, or call +1 972 385 1021 for U.S. inquiries or +44 207 293 0864 for international inquiries.
Read More 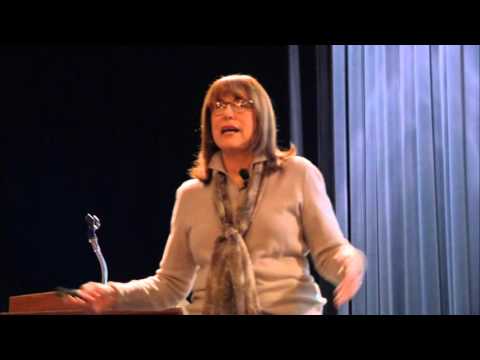 Interested in booking Madeline Levine to speak at an event? Please provide your details and we’ll get in touch within 24 hours.